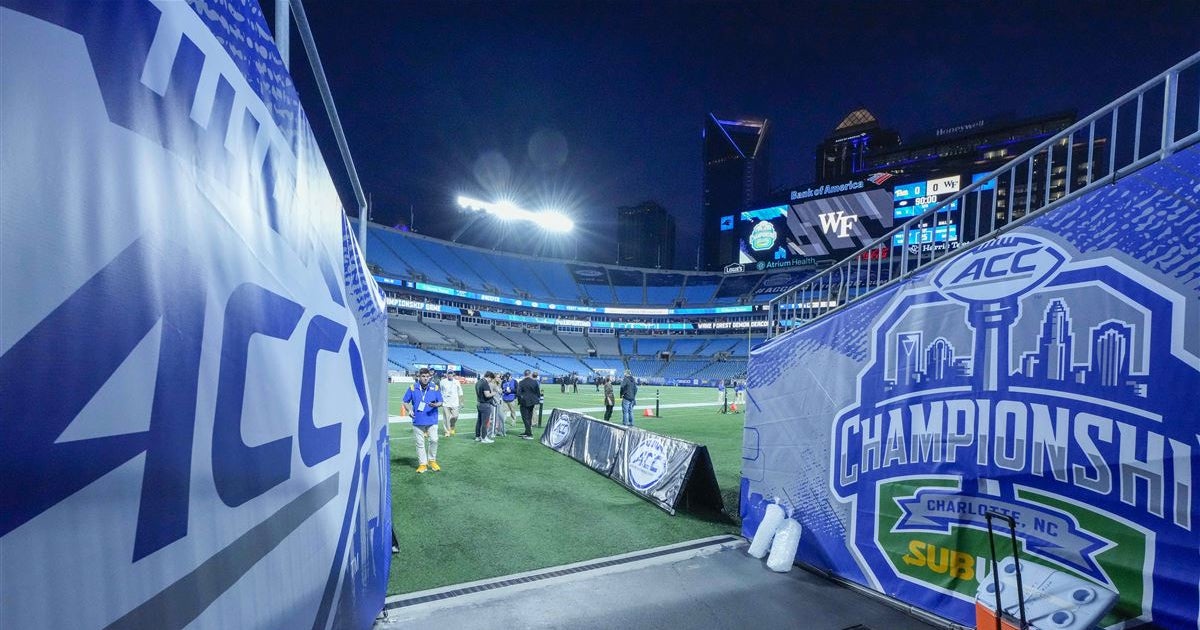 AMELIA ISLAND, Florida — The NCAA may soon clear the runway for conferences to scrap divisions, and the ACC is preparing to move forward under that assumption.

The conference is deep in serious discussions to shake up its scheduling format for football, with three permanent rivals and five rotating opponents gaining momentum among athletic directors, Miami athletics director Dan Radakovich said Tuesday outside the ACC’s spring meetings. The ACC is not expected to vote on a proposal this week at its spring meetings but movement could be swift in the ensuing months. The league’s brass is scheduled to meet Wednesday with television partner ESPN to discuss options. The conference could institute the new 3-5 rotation — or a similar format — as soon as the 2023 season.

The motivations for the scheduling change: increasing frequency of matchups across the conference, which may lead to more parity and stronger consideration in the College Football Playoff; offering players the opportunity to play each conference school over a four-year career; and providing more interesting games in larger TV markets.

It would also help the conference avoid dreaded matchups such as the 2018 ACC Championship, when undefeated Clemson clobbered five-loss Coastal Division champion Pitt.

The natural byproduct of the new rotation would be the elimination of the Atlantic and Coastal divisions (a 6-2 rotation), and pitting the two teams with the best conference records in the title game.

“It creates excitement, for sure,” Florida State athletics director Michael Alford said. “You know, there’s pros and cons — you can have a rematch — and we understand that. But at the end of the day, if you have two of the marquee teams, whoever that is having great years, play for a championship game that’s going to help our brand across the country and on television.”

The ACC is discussing several potential proposals, including two permanent rivals and six rotating opponents, but the 3-5 rotation has the most support among athletic directors. The five teams would rotate off the schedule every other year (home-and-home).

“I want our league to be able to get to the point where we look at all the schools in the league and they’ve made quantitative and qualitative investments in their football program so the entire league continues to move up in national recognition,” Radakovich said.

Look no further than the truncated 2020 season, when the ACC abandoned divisions, scheduled 10 conference games and added Notre Dame as an honorary member during the COVID-19 pandemic. The ACC was arguably the strongest conference in the country and sent Clemson and Notre Dame to the College Football Playoff.

“We’re really doing our due diligence and looking at it, doing all the analytics on it to make sure that we make the right decision,” Alford said. “But at the end of the day, it’s about moving the conference forward and you have to put your conference hat on and take your individual institution hat off and understand that we’re really looking to do what’s best as a conference as a whole.”

Several athletic directors shared which schools they wish to schedule as permanent opponents during their meeting Tuesday afternoon, but the discussions were termed as informal suggestions. “We’re much nearer the end than the beginning on that as well,” Radakovich said.
9COMMENTS

What is known is FSU wants to keep Clemson and Miami on the schedule every season, but the third permanent opponent is a “wild card” for Alford. “What I’d like to do personally is expand our brand to different markets,” Alford said. “And I also think that’s better for the league.”

And what about Miami and Clemson as permanent opponents? Such a move would eliminate the six-year span without a matchup between the two blue bloods in the conference. And forget Wake Forest and North Carolina being forced to schedule a non-conference series (2019 and 2021) just to keep its rivalry game alive after initially going without a showdown since 2015.