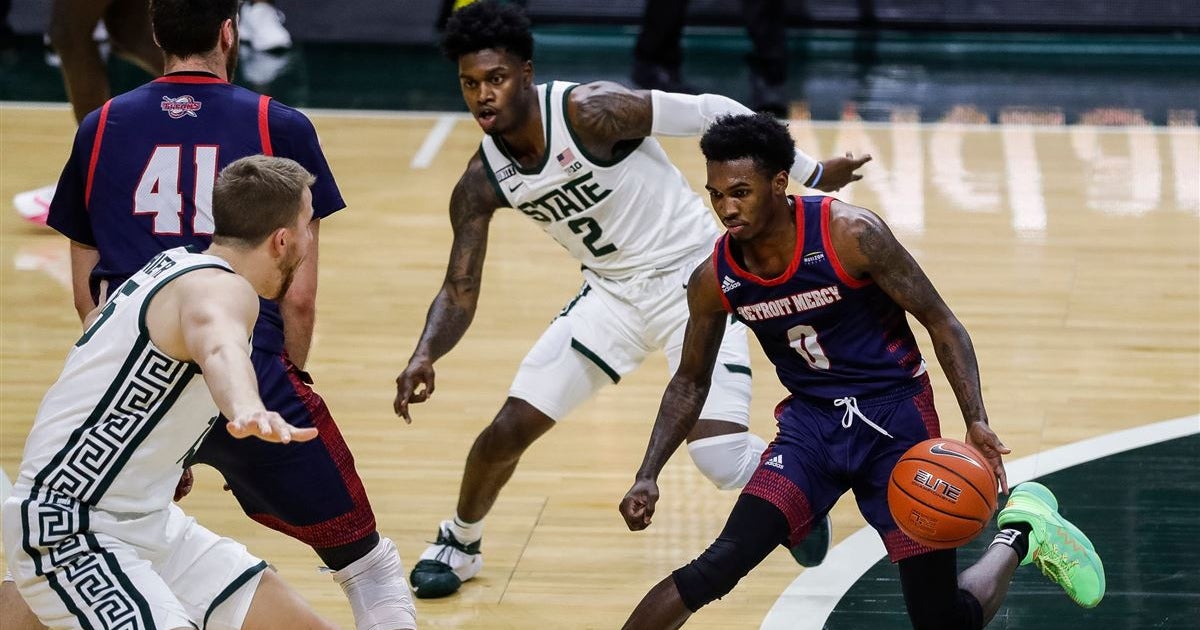 Detroit guard Antoine Davis will stay with the program for his final season of eligibility, he announced. Davis, the 2022 Horizon League Co-Player of the Year, considered BYU, Georgetown, Kansas State and Maryland along with the possibility of returning to Detroit for his senior season.

“I don’t except anybody to respect my decision but it’s also the reason why it’s my decision,” Davis said.

Davis received a significant NIL deal, according to Jeff Goodman of Stadium. Davis confirmed the deal shortly after.

“Antoine Davis has agreed to a one-year NIL agreement with a Chinese basketball manufacture to Produce custom GlowBalls,” Goodman wrote. “The basketballs will feature custom logos and designs by Davis and his marketing team Told the deal could be worth in excess of six figures.”

In 111 games over four seasons with the Titans, Davis has amassed 2,734 career points, becoming the program’s all-time leading scorer and ranking 22nd all-time in college basketball history. He has averaged 24.6 points per game for his career, ranking in the top-five nationally in scoring in all four seasons.

This past season, Davis erupted for 27 points against Louisville and scored 16 points against Mississippi State. He had a 24-point outing against Michigan State in 2020, and in 2019 he torched Gonzaga for 31 points while scoring 28 against NC State and 26 against Clemson. Davis is an elite 3-point shooter, having drained 429 3-pointers at a 36.4% clip throughout his standout career.

“Might be the best scorer in the country,” one anonymous coach told 247Sports’ Travis Branham. “I don’t care how small he is. He can play anywhere in the country.”

A former three-star recruit, Davis was ranked as the No. 65 shooting guard in the country and No. 22 overall prospect in Texas for the Class of 2018, according to the industry-generated 247Sports Composite. He was the No. 313-ranked player nationally. Davis chose Detroit over offers from Arkansas Little-Rock, Cal State Bakersfield, Houston, UMass, Stephen F. Austin, UT-Martin and UTEP.