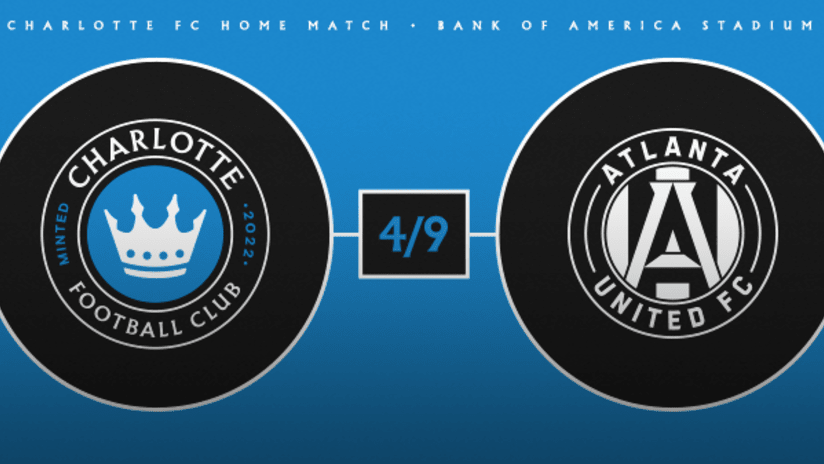 90’+3 That’s the match. Charlotte FC beats Atlanta at home with a 1-0 win of a goal in the 11th minute by Jordy Alcívar, named man of the match.

90’ There will be three minutes of time added. Let’s see if Charlotte FC can hold on.

88’ Jaylin Lindsey has been issued a yellow card, and there are multiple substitutions as the clock winds down with Adam Armour in for Ben Bender and Sergio Ruiz in for Jordy Alcívar. Atlanta’s Caleb Wiley attempts a header from the left side of the six yard box, and it narrowly misses to the right.

74’ Two yellow cards are issued against Charlotte, on Christian Fuchs and Brandt Bronico. They’re exchanging words with the referee, who minutes before didn’t issue what could have been a handball call on Atlanta.

71’ Kristijan Kahlina comes out of the net to grab the ball, shot off a corner kick by Atlanta that curved

65’ Charlotte FC now has nine fouls, with the latest again called on Brandt Bronico. Atlanta doesn’t convert off the free kick, but Bronico is speaking with the ref after the latest call when both Atlanta and Charlotte players tangled and fell to the ground. Another Atlanta substitution, this time it’s Dom Dwyer out for Ronaldo Cisneros.

60’ Atlanta substitutions: Alan Franco appears to be limping a bit and is subbed out for Franco Ibarra. Amar Sejdic comes off for Jake Mulraney.

56’ Jordy Alcívar takes a shot and it bounces off an Atlanta defender for their sixth corner of the match, but no goal. Two minutes later, Atlanta’s Marcelino Moreno takes an attempted shot on Charlotte’s goal and it’s stopped by Kristijan Kahlina.

52’ Another foul is called on Brandt Bronico, but Atlanta doesn’t convert, and it’s knocked away by Ben Bender, who plays it up the field. Charlotte FC then earns a corner, conceded by George Campbell, but no goal. 49’ The second half is underway with neither side making any substitutions.

45’ Charlotte leads 1-0 at the half with the only goal so far coming from Jordy Alcívar in the 11th minute. Atlanta’s offense isn’t looking as potent as it was the first time they played Charlotte, but Dom Dwyer has continued to be a threat with Josef Martínez absent.

43’ Brandt Bronico is given a foul and Atlanta has an opportunity to convert off a free kick, but it’s blocked by Charlotte’s line. Brooks Lennon takes the right-footed shot from outside the box, and it’s knocked over the goal.

32’ Marcelino Moreno attempts a right-footed shot from close in, but it misses just left of the goal. Charlotte’s defense is playing scrappy. Atlanta hasn’t capitalized on the opportunities they’ve had.

23’ Atlanta’s Dom Dwyer misses sharp shot to the far post as Kristijan Kahlina comes out of the net to defend. A lucky miss for Charlotte. 21’ Jordy Alcívar attempts another shot on goal, this time to the near post, but it’s easily stopped by Brad Guzan.

17’ An attempted shot by Charlotte, a header by Daniel Ríos, is stopped by Atlanta goalkeeper Brad Guzan. Charlotte’s offense is picking up pace, with the early goal providing a boost