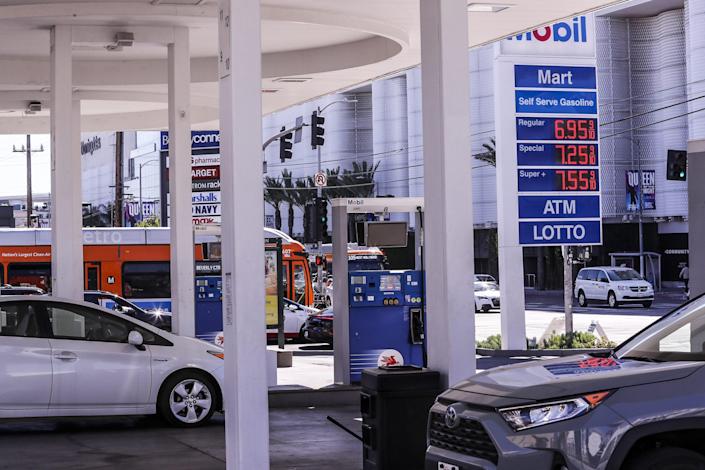 It’s one of the main drivers of U.S. inflation reaching a 40-year high, and among the factors most likely to hurt Democrats’ electoral chances in the November midterms.

It’s high gasoline prices, and President Joe Biden is starting to get creative in trying to lower them.

U.S. gas prices currently average $4.27 per gallon, a sharp decline after a mid-March high that caused drivers to put in fewer miles on the road, sending demand for gas plummeting. But the national average is still well over $1 more per gallon relative to a year ago, and the current decline by no means indicates that prices won’t rise again.

As summer nears, and demand for gas inevitably grows, a limited gas supply could lead to prices exceeding $5. One U.S. diplomat even warned that an inability to import more gas could cause prices to rise as high as $6 this year, something that has already happened in some parts of the country

Biden is desperate to reduce prices, and he announced his latest measure to do so on Tuesday. Speaking from a bioprocessing and ethanol manufacturing plant in Menlo, Iowa, Biden announced that he would make gasoline blended with ethanol available year-round instead of suspending its sale during summers.

Ethanol blended fuel is slightly more affordable, and Biden hopes the plan will bring prices down significantly at the pump, but the President will likely encounter resistance as ethanol fuel has for years drawn the ire of environmental and energy groups, to the point that the Environmental Protection Agency had banned its sale during summers since 2011.
What are ethanol gas blends?

The type of fuel Biden is targeting is known as E15 gasoline, a petroleum fuel combined with a 15% ethanol blend. Ethanol is made from the fermentation of starchy plants, usually corn.

Since 2011, the EPA has banned the sale of E15 in most of the country from June 1 and Sept. 15, because it contributes to air pollution when outside temperatures are high. E15 is still sold in 30 states, but only at around one out of every 65 gas stations in the country, according to the Department of Energy.

A less potent form of the mixture—known as E10, which only uses a 10% ethanol blend—has been approved for general use by the EPA for years.

In a call previewing Tuesday’s announcement, reported by Reuters, Biden administration officials said that the ethanol blend will be 10 cents cheaper per gallon on average than regular gas.

“Those savings can add up, especially during the summer months, when fuel is elevated,” one White House representative said.
Year-round ethanol sales

For E15 to be sold during summer, Biden has requested a waiver from the EPA, although it would not be the first time the agency will have granted one.

In 2019, the Trump White House filed a similar request, citing a “​​commitment to energy independence, regulatory reform, and increasing the use of biofuels to give consumers more choices.” The EPA granted the waiver, achieving rare condemnation from both environmental groups, which worried about the health and climate risks of E15, and oil companies, which did not want biofuels to cut into their profits.

For Biden, the priority is to reduce gas prices, and do it fast. High gas prices are now a leading cause of inflation, and the President and his party are being blamed by many voters for prolonged high prices at the pump.

The White House has tried to place responsibility for high gasoline prices on Russia and its ongoing war in Ukraine, and even calling the surge “Putin’s price hike.”

Biden has already tried several strategies to increase oil supply and lower prices. The U.S. is spearheading a global effort to release 240 million barrels of oil from emergency reserves before the end of the year, with 180 million coming from the U.S.. Biden is also pushing for U.S. oil companies to ramp up production, and has made diplomatic approaches to increase oil trade flows with other countries.