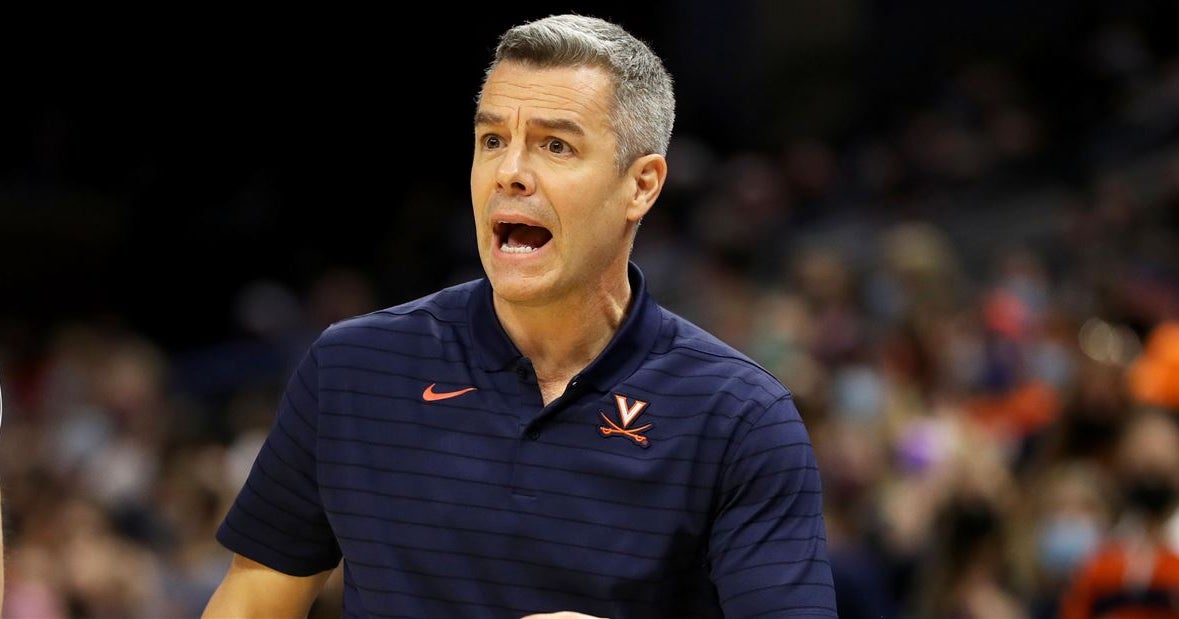 Earlier this offseason, Villanova head coach Jay Wright shocked the college basketball world by retiring at the age of 60. With that unexpected decision in mind, CBS Sports compiled a list of coaches who could follow in Wright’s footsteps.

The panel of CBS Sports college basketball experts each chose one coach who could make an early retirement decision in the coming years. Some of the sport’s most well known bench bosses could see Wright’s example as one worth aspiring to.

A number of factors were considered when looking at these candidates for early retirement. One is how much that coach has already accomplished on the court, as well as the amount of money they have accrued over the years. Finally, the changes to college sports in general could contribute to these decisions as well.

Continue reading below to see which college basketball coaches CBS Sports believes could retire at a young age.

Cooley has been a head coach since 2006, and he has been at Providence since the 2011-12 season. In his 11 seasons with the Friars, Cooley is 221-141 with six NCAA Tournament appearances. On top of that, Providence and Cooley are coming off a Sweet Sixteen appearance in 2022. CBS Sports’ Matt Norlander doesn’t get the sense that Cooley wants to coach much more beyond the next decade or so. As a result, Cooley could take after Wright and step down when he’s 60-years old.

From CBS Sports: “I am going to the guy who has swore to me, on multiple occasions, that you will not find him coaching well after the age of 60. Cooley is 52 and poised to receive generational money in a restructured contract after guiding Providence to its first regular-season Big East title in program history (followed by a Sweet 16 run). With 221 PC wins, he’s the best coach in program history at this point. He’s got a great hold on life and doesn’t need to attach himself to this job for another 10-plus years.”

Few has been the head coach at Gonzaga since 1999, and he has really built the program into a perennial powerhouse. The Bulldogs have been to the NCAA Tournament every year since Few took over, and they have been to the Final Four twice in the last six seasons. Few has already had a prolific career as a college basketball coach, but there is one thing that might prevent him from retiring. He hasn’t been able to capture that elusive national championship, but if he can get it soon, maybe he decides to call it a career. Kyle Boone of CBS Sports wonders how much Few really has left to achieve.

From CBS Sports: “He’s been coaching at Gonzaga either as an assistant or as its head coach since 1989. That’s longer than I’ve been alive! And the last few years have felt like dog years on top of that, with two national runner-up finishes (2017 and 2021), a DUI charge prior to the 2021-22 season and presumably living with persistent pressure and frustration of getting close — but not quite getting over the hump — in a quest to win a championship.”

Bennett is only 52-years-old, but he has already done a lot in his career, especially throughout his time at Virginia. Bennett has now been the head coach of the Cavaliers for 13 seasons, and that tenure includes a record of 316-117, eight NCAA Tournament appearances, and a national championship. Bennett has accomplished about as much as a head coach can, and with the job only becoming more involved due to the transfer portal and NIL, he might be willing to step aside at a relatively young age. CBS Sports’ David Cobb says Bennett still has a little time to figure that out.

From CBS Sports: “If landing the ‘big’ job was Bennett’s aim, he sure could have done it by now. Instead, he’s built a stellar program at UVA. By leading the Cavaliers to their only national title in 2019, Bennett secured his legacy at UVA. Now the question is how much of an appetite he’ll have to soldier on in the new world of college basketball. If he retired at age 60 like Wright, that would still give Bennett another eight seasons to coach, which would bring his tally at Virginia to 21.”

The new Florida head coach is only 36-years-old, and he has many good years ahead of him in his career. However, Gary Parrish of CBS Sports writes that the success Golden has had early on could lead to an early retirement. Golden got a substantial raise with the Gators, and if he is able to achieve great heights in Gainesville, then there may not be any major reason for him to coach well beyond the age of 60. That being said, there is still a long way to go before Golden gets the point of even considering retirement.

From CBS Sports: “And that’s why I’m going with Golden — not because he’s already thinking about retirement a month after getting the Florida job, but because he’s making $3 million a year at the age of 36. If he even remains in the sport until he’s 60, do you realize how much money he will have earned by the time he’s 60? And if the job of a high-major coach is as demanding and stressful then as it is right now, why keep working unless you’re just addicted to the gym?”