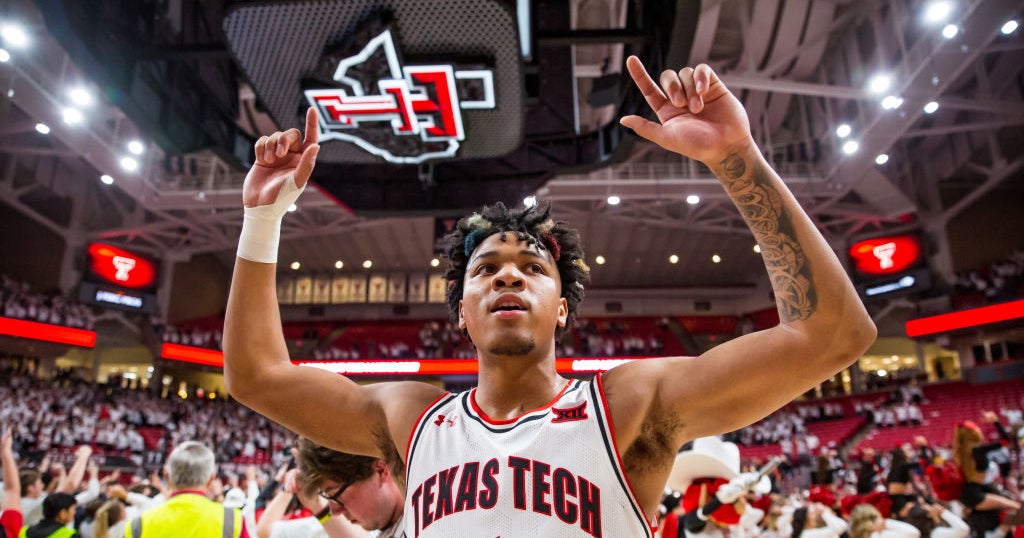 College basketball’s transfer portal has unlocked the freedom of movement unlike we’ve ever seen before. It opens the door to a ton of intriguing possibilities. In mid-April, 247Sports released its nine favorite fits of the 2022 cycle. But it’s time for an update after a boatload of talented players have announced where they are playing next year.

The idea behind finding favorite fits is more than just circling who is going to score a whole lot of points for their new team. It bakes in how the transfer will impact winning and the role that the specific player could have. Players who transferred to a team that has a playing style that meshes perfectly with their skillset is also extremely important.

But sometimes it’s bigger than just basketball. Coaches often talk about culture. It’s hard to listen to a press conference without that buzzword coming up. Finding a transfer who meshes perfectly with the current ecosystem is invaluable.

Here is Version 2.0 with 11 players who should thrive in their new homes:
DePaul’s David Jones to St. John’s

The culture that St. John’s is starting to develop is very intriguing. Illinois transfer Andre Curbelo came to the United States from Puerto Rico. David Jones came to the states from the Dominican Republic. They’re both very close and are itching to play together. That stuff matters. There’s a level of comfort that Jones will have with Curbelo at St. John’s. Oh, and Jones is just really talented, too. Jones really started to flex his muscles at DePaul last year. He looks every bit the part of a player who could compete for Big East Player of the Year if it all comes together. Jones is going to get a couple extra buckets every game due to just running really hard in transition. Curbelo is not afraid to make any pass, so if Jones cuts with a purpose, he could easily go from a 13 points per game guy to 18 a night.

Baylor Scheierman could teach some other transfers some really valuable lessons. When the South Dakota State guard entered the portal, he immediately became one of the most prized players. Every coach and their mother was after him. Blue bloods like Kansas, Duke and Kentucky were blowing up his phone. But he didn’t want to be a spot-up shooter or a role player on a really good team. Scheierman believed he’s at his best when the ball was in his hands, and he wanted to go to a program that would let him initiate the offense at times, instead of just sitting in the corner as a spot-up shooter.

Creighton is the best of both worlds. The Bluejays have all the pieces to be awesome. Greg McDermott’s scheme is perfect for Scheierman. He can play against elite competition and compete for championships, while also having a starring role. Creighton might not have the big-name appeal of Kansas, Kentucky or Duke, but Scheierman found the right fit with the right opportunity. That doesn’t mean it will work out, but the process for Scheierman was really sound. He didn’t get enamored by the bright lights. It was all about basketball and finding a way to get to the NBA. That’s utilizing the transfer portal at its best.

I really like this evaluation by Scott Drew and the Baylor coaching staff. Caleb Lohner did a ton of good things throughout his freshman year at BYU. But the shooting took a major dip as a sophomore. Lohner shot just 21% from 3-point range and 55% from the charity stripe. The 6-foot-8, 235-pound forward could see a resurgence playing alongside some really talented Baylor guards. Lohner gives Baylor defensive versatility, and he’s one heck of a rebounder. Baylor had a huge hole at the 4, but Lohner can be the ideal piece to the puzzle. Lohner’s got such a high floor. His defense and rebounding alone help him become a very valuable asset. With some positive regression in the shooting department, Lohner could really evolve into a valuable No. 3 or No. 4 on a championship-level team.

Oh look, another awesome evaluation by Baylor. Drew knows what he’s doing. Jalen Bridges was a very popular breakout pick for West Virginia, but he shot just 32% from 3-point range and he never looked comfortable. But Baylor is betting on a big bounceback. Baylor is losing both Jeremy Sochan and Kendall Brown to the NBA Draft. Matthew Mayer also hit the transfer portal, so the Bears desperately needed more depth on the wing. Bridges provides just that. When the 6-foot-7, 225-pound wing puts it all together, he’s going to be scary good. If Baylor gets that out of him, it’s going to really sting for West Virginia. Especially after Oscar Tshiebwe left for Kentucky and transformed into the National Player of the Year.

It might be easy to look at “Charlotte” next to Jahmir Young’s name and think that this is another example of a mid-major guard who just got a lot of buckets but will struggle at the Power 6 game. But Young has a game that can really translate to the Big Ten, and he’s going to have a huge role for new Terrapins coach Kevin Willard. Young shot 49.6% in the lane this past season and 68.6% at the rim which is really impressive for a 6-foot-1 guard. Finishing over Big Ten big men might be a little harder, but it’s easy to see how Young’s midrange game could translate to the Big Ten quite easily. Young could really abuse drop coverage. Some teams will force him to take and make those midrange floaters, runners and jumpers because they’re scared to give up lobs to Julian Reese. Young is going to make them pay.

Norchad Omier might not be a sexy stretch forward who splashes a whole lot of 3-pointers, but he impacts winning at a really high level. Miami landed Kansas State transfer Nijel Pack, and the knockdown shooter is going to be a difference-maker. But don’t be surprised if Omier ends up being Miami’s best transfer portal addition. Omier was a PROBLEM at Arkansas State last year. The Sun Belt could not handle him. Obviously, it’s a big jump up to the ACC, but Omier’s got the game and mindset to thrive. He shot 63% in the lane, 70% at the rim and 32-for-65 on long 2s outside of the lane. Omier will likely be Miami’s best defender right away, too. He’s just an awesome player who won’t need many plays run for him to succeed because he cuts so well and finds open spaces. Jim Larranaga is going to love coaching him, and he’ll use Omier in unique ways.

From the moment Terrence Shannon Jr. entered the transfer portal, it was clear that Illinois and Michigan could offer him exactly what he wanted. Shannon believes he’s talented enough to be the lead guard on a championship-level team. He wants the chance to be that featured lead scorer. The big brouhaha between Michigan and Illinois over Shannon’s transcripts dominated the headlines, but ultimately, Shannon found an ideal fit and a scheme. Illinois has a very young backcourt, but Shannon has every chance to walk right in and be the best player on the floor and the guy who takes the big shots in the big moments.

Illinois coach Brad Underwood has never been afraid to tailor his scheme to suit his best player. Underwood could use Shannon in a very similar way to former All-American Ayo Dosunmu. Illinois hopes to spread the floor with a lot of versatile shooters, so the driving lanes are going to be there for Shannon. Putting Shannon in ball screens in the middle of the floor where he can get downhill with a head of steam could make a ton of sense. Shannon will bring a defensive identity to the Illini that they desperately need after the departure of veteran Trent Frazier. Oh, and the Illini could get back to playing at a very fast pace. Scoring in less than seven seconds is a priority, and that meshes perfectly with Shannon’s elite transition skills.

UConn landing East Carolina guard Tristen Newton was one of 247Sports’ favorite decisions, and the Huskies make it on Version 2.0 again. Virginia Tech guard Nahiem Alleyne is such a flawless fit alongside Newton in Dan Hurley’s offense. Alleyne is a very polished in the catch-and-shoot game. He shot 37% from 3-point range this past season, and his one-dribble pull-up game is really good, too. Newton can handle the brunt of the ball-handling duties which should allow Alleyne to relocate and find his spots to get buckets. He shot 41.7% on corner 3s last year at Virginia Tech, and he also was 24-for-48 on elbow jumpers, so UConn can run him off down screens to get easy looks. Alleyne-Newton will be a very fun 1-2 combination for UConn.

Brandon Huntley-Hatfield has all the tools to be an absolute superstar. During his freshman year at Tennessee, he played 267 offensive possessions with center Uros Plavsic. Both Plavsic and Huntley-Hatfield were not floor-stretching big men, so the spacing was a little rough at times. But Louisville coach Kenny Payne might be able to use Huntley-Hatfield in better situations where he can showcase his full game on a consistent basis. Huntley-Hatfield has a couple clips on film where he catches at the elbow, rips through to face up and blows right past his defender to the rim for a dunk. He also has a gorgeous little midrange jumper in his bag, too, although he does need to refine it. Huntley-Hatfield might make his money on the defensive end, but there are a lot of tools for the former five-star prospect on the offensive end that we just haven’t seen yet. If Louisville can field some lineups with Huntley-Hatfield at the 5 with four shooters surrounding him, he could really explode.

Isaac Likekele did not enter the transfer portal because he had a bad relationship with Oklahoma State coach Mike Boynton. He simply was looking for more opportunity, and Oklahoma State has a lot of talented guards that he’d have to share the load with. It didn’t take long or Likekele to find what he was looking for. Ohio State is replacing basically its entire backcourt, so Likekele can team up with fellow Big 12 transfer Sean McNeil at Ohio State and have a huge role. Buckeyes coach Chris Holtmann has really done a terrific job with guards throughout his tenure. Likekele is going to get a chance to run the show at Ohio State. The floor for Likekele at Ohio State is so high. At the very worst, Likekele will be one of the premier perimeter defenders in the Big Ten. But Likekele has lofty goals, and he found the opportunity he was looking for at Ohio State. Betting on hard-working players like Likekele is easy. There’s a real chance Ohio State sees the best version of Likekele that we haven’t seen yet.

Michigan basketball has had an interesting offseason. Landing Princeton transfer Jaelin Llewellyn is not the headliner, but Juwan Howard believes Llewellyn can be a major difference-maker and you can see why. It’s the third year in a row that Howard has dipped into the mid-major ranks and landed a point guard. But Llewellyn might end up being better than Mike Smith and DeVante’ Jones. Llewellyn’s a much better shooter, and his in-between game is far more advanced, too. Michigan lost prized freshman Frankie Collins (he transferred to Arizona State), but Llewellyn could be a better fit with likely preseason Big Ten Player of the Year Hunter Dickinson. Llewellyn’s very comfortable attacking drop coverage. He shot 46% in the lane and you cannot go under screens, or Llewellyn will splash 3s in your eye. Dickinson-Llewellyn pick-‘n’-rolls will be very hard to defend because they’re both extremely polished offensive players.

Remember, Llewellyn was actually committed to Clemson before Michigan swooped in and convinced him to reconsider. That could end up being a huge move when we look back at the 2022 transfer portal class.