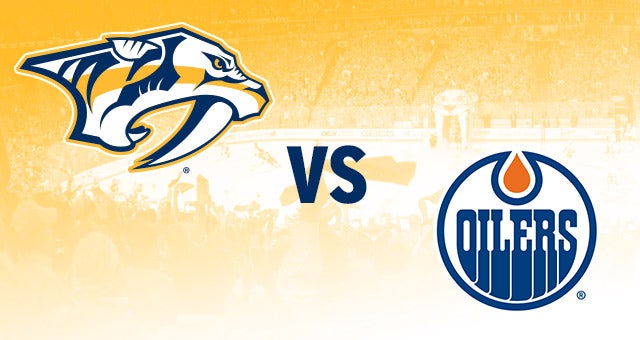 The Edmonton Oilers will be trying to put a rough loss behind them Thursday night when they visit the Nashville Predators.

The Oilers (42-26-6, 90 points) fell 5-1 at the Minnesota Wild on Tuesday night, their second straight setback after a six-game winning streak.

Coach Jay Woodcroft said Edmonton’s most recent loss was difficult to stomach but that he felt his team would respond with a bounce-back performance.

“We’ve had the mindset of taking one day at a time,” he said. “Today wasn’t our finest hour … we didn’t come away with any points in a tough building, we can play better.”

The coach said the entire team needed to improve and he promised to lead that effort.

“It was a rough night,” Woodcroft said. “It’s not on one person, it’s not on two people … we’ll address it and get better.”

Forward Zach Hyman acknowledged that the team as a whole needed to play better.

“Obviously a tough one for us,” Hyman said. “Just execution, executing plays, we had trouble breaking out and that’s not just on the D, it’s on the whole group.”

While the Oilers, second in the Pacific Division, look to get back to winning, the Predators (42-26-5, 89 points) are looking for consistent results and they strive to button down a playoff spot. Nashville entered Wednesday’s play holding the top wild-card slot in the Western Conference.

The Predators opened a five-game homestand Tuesday and snapped a two-game losing streak with a 1-0 overtime win against the visiting San Jose Sharks.

Forward Ryan Johansen, who scored Tuesday’s only goal in OT, was ecstatic after tallying the game-winner in front of the home crowd.

“I just saw an opening wide and I actually tried to hit Ecky (defenseman Mattias Ekholm) backdoor, and it was deflected in, but I’ll take it,” Johansen said.

The forward gave all of the credit to Predators goaltender Juuse Saros for shutting out the visitors and giving the Predators the chance to come away with points.

“Juuse was amazing. Their goalie played great, too. We had chance after chance and he (Juuse) stood tall … a lot of credit to him and we got the job done here tonight,” Johansen added.

Saros, playing in his seventh season in Nashville, has a .922 save percentage as the season draws to a close, which almost matches his career average.

“I really liked our game tonight. I thought from start to finish we played pretty solid,” Nashville coach John Hynes said. “I really liked the way that we played. I liked our mindset, things weren’t easy for us, but I liked a lot of things tonight.”

The Predators are a healthy bunch at the moment, with only one player out. Forward Michael McCarron is day-to-day with an upper-body injury.