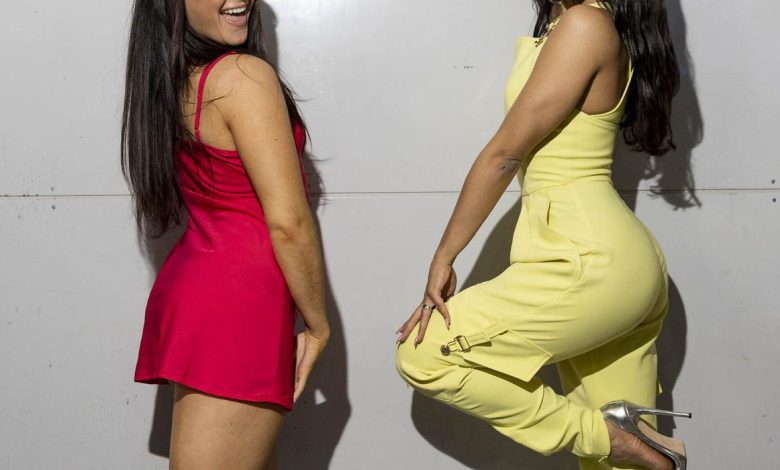 The Eurovision entry from Ukraine, the clear favorite to win this year’s competition, received a lengthy standing ovation as they prevailed in the first semi-final in Turin last night.

alush Orchestra played a rousing rendition of their song Stefanie with the arena bathed in the blue and yellow of Ukraine.

Lead singer Oleg Psyuk, who founded a volunteer organization to help refugees from the Russian invasion, ended the song by saying, “Thank you for supporting Ukraine.” Another member of the group of six is ​​struggling in Kyiv and has been on stage exchanged.

In Ireland, some Ukrainians kept a close eye on the competition.

Anna Yemelianova arrived in Ireland a month ago and is living with a host family in Newbridge, Co Kildare with her five year old son Mikhail.

She said the singing competition was very popular back in Ukraine and she was looking forward to seeing it and taking her mind off the war for the short time.

“We always meet up with friends and watch it at some bar or at home. In Ukraine it is like vacation, you can come to any restaurant or bar and there is Eurovision on a big screen.”

Ms Yemelianova said she hopes her home country wins as she is a fan of his entry this year. “I think Ukraine can be a winner now because of the political situation, people all over the world support Ukraine, they want to show their sympathy,” she said.

“I never thought it was political, but we can’t forbid people to feel sympathy. I still think Eurovision is about music and people’s music preferences.

“I always agree with the results and Ukraine always shows very good results. We held the competition twice in Kyiv because of our amazing singers.”

Ukrainian artist Martisha Sea fled her homeland a month ago and is now living in Galway with a couple who have given her a room.

She said art, be it painting or music, is important when the world is going through such hardships and she hopes to spread her message to the people of Ireland by attending gallery showcases.

She currently sells her art online through her Instagram (@Martina_in_the_sea) and her Etsy shop, but she wants to get involved with artist initiatives in Galway to showcase her images.

The artist said she hopes the Ukrainian entry will win this year’s competition, but admits that it’s impossible to separate politics from the TV show, as artists are always looking for inspiration about what’s going on in the world.

“I like Eurovision because it shows the cultures of different countries, but it also depends on the quality of the songs and musicians that represent certain countries,” she said. “Definitely the Ukrainian group should win, Ukraine is a beautiful country with a deep and ancient culture that will be revealed thanks to the Eurovision participants.

“It’s impossible to avoid politics, as artists of every trend always reflect what is happening in the country, in their soul and in society as a whole. It is impossible to turn a blind eye to the brutal war that Russia launched by attacking Ukraine.”

17 entries were put through their paces in the first semi-final last night. Ireland’s competitor Brooke Scullion will compete in the second semi-final tomorrow. She said she hopes the support of northern voters will give her an extra boost to send her through to the grand final.

The singer, 23, who hails from Derry, said there was a “good buzz” around her song this is rich.

“People are excited this year and the North can essentially vote which means we’re in an even better position again so the song gets a lot of credit,” she said.

“Plus we are in a healthy place for the UK to vote. Assuming that starts, we could actually advance to the grand finals for the first time in a long time.”

She is hopeful sending a contestant with a “completely different” song could be the key to Ireland reaching the final again after not having done so since 2013.

“The only pressure I feel is the pressure I put on myself,” she said. “We always sent a ballad and maybe that’s just not the right formula.

“Maybe we need to send something different and new and fresh.”