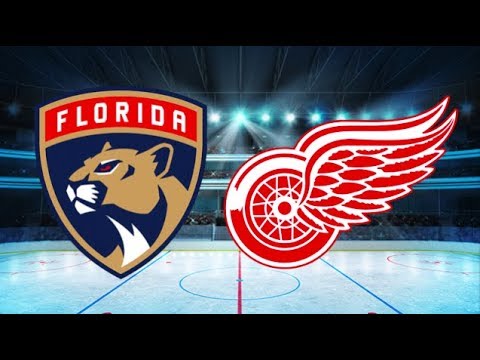 The Florida Panthers will try to stretch their NHL-best winning streak to 12 games Thursday night when they face the Detroit Red Wings for the second time in five days.

Unlike Sunday’s meeting — a 6-1 Florida win in Detroit — the final one of the season series will take place in Sunrise, Fla., where the Eastern Conference-leading Panthers (55-15-6, 116 points) are a league-best 32-6-0 on home ice.

After watching Aleksander Barkov’s dominant performance in a 3-2 win over the New York Islanders Tuesday, Florida interim coach Andrew Brunette wondered what a full season with his captain would look like.

Angling for an Art Ross Trophy as the league’s top point producer, Jonathan Huberdeau dished out assists on all three Barkov goals in the Finnish center’s third career hat trick.

Owning a career-best 37 goals, Barkov has 85 points in 63 games but missed 13 contests after being sidelined Nov. 16 with a left knee injury.

“He’s had a tremendous season,” Brunette said of Barkov, the reigning Selke Trophy winner as the NHL’s top defensive forward. “If he was healthy, he’d probably be right up there with Huby in that scoring race.”

After rallying Florida with two tying goals in regulation, the 26-year-old Barkov saved his best for overtime.

He won the opening draw and passed to Huberdeau during a rush. Barkov then raced by Kyle Palmieri for the game-winning tally on a return feed from Huberdeau just 20 seconds in on a three-on-three play.

It was Florida’s 11th straight victory and 11th in 13 overtime games.

The club is 19-2-1 since Feb. 26, propelling them to the Eastern Conference’s top spot and putting them in a battle with Colorado for the Presidents’ Trophy.

While Detroit (30-37-10, 70 points) possesses no recent success against Florida — 0-3-2 in the past five matches — the group crafted a fine win against playoff-bound Tampa Bay on Tuesday night, getting strong outings by Jakub Vrana (two goals) and Thomas Greiss (38 saves) in a 4-3 win.

Vruna stripped the puck from Lightning defenseman Mikhail Sergachev in the third period and wristed a breakaway winner past Andrei Vasilevskiy, who lost for the first time in 14 matches against Detroit.

After debuting on March 8 following shoulder surgery in October, Vrana has 12 goals and five assists in 21 games.

“He played as a complete a hockey game as he played all season for us,” Red Wings coach Jeff Blashill said. “He was excellent in every facet of the game.”

Greiss, 36, got the crease after Alex Nedeljkovic was sick and missed morning skate. The veteran backstop was strong, especially at the end as the Lightning pulled Vasilevskiy for the extra skater.

Nedeljkovic may be healthy enough to be back in net against the Panthers, but a strong case could be made to come back with Greiss (10-14-1).

“We had chances and Thomas was good,” Blashill said following the victory in Tampa. “The sacrifice you saw at the end was outstanding. I was real proud of the effort guys put forth.”

Holding an 0-1-1 mark in three appearances (one relief) against Florida this season, Nedeljkovic has allowed 10 goals on 88 shots, including all six on Sunday.