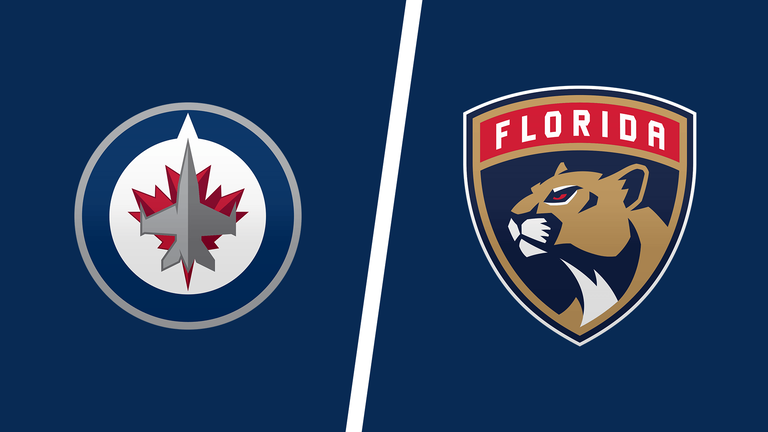 The Florida Panthers will try to extend their winning streak to nine games when they play host the Winnipeg Jets on Friday.

The Panthers (52-15-6, 110 points) have been the NHL’s hottest club as they battle with the Colorado Avalanche for the top overall team in the league. The Panthers have outscored the opposition 41-25 during their current eight-game run, collecting at least four goals in seven of those games. They have erupted for seven goals in three of the games.

“We want to finish first,” forward Jonathan Huberdeau said. “Every win is important. We’ve got to keep playing well, keep getting better throughout the end of the season to get into the playoffs feeling good about ourselves.”

Florida is coming off a 3-2 overtime victory against the Anaheim Ducks on Tuesday, when they had to rally in order to earn the two points. Trailing 2-1 after two periods, the Panthers tied it midway the third period on a goal by Anthony Duclair, before Huberdeau scored the overtime winner.

The game-winning goal extended Huberdeau’s point streak to 12 games, a run in which he has nine goals and 12 assists. Huberdeau has been held off the scoresheet just three times in his past 34 games, collecting 52 points (13 goals, 39 assists) in that stretch.

In need of every point they can get, the Jets (35-28-11, 81 points) will try to build off wins against the Ottawa Senators and Montreal Canadiens in their most recent outings.

Winnipeg’s playoff hopes are hanging on by a very thin thread, with the club seven points – and three spots – back of the final wild card berth in the Western Conference, heading into Thursday’s NHL action.

Friday’s contest kicks off the Jets’ four-game road trip against the best of the Eastern Conference. They also will face the Tampa Bay Lightning, New York Rangers and Carolina Hurricanes.

“I think the motto of this year is: ‘Expect the unexpected,'” Jets captain Blake Wheeler said. “And we have had to roll with the punches all year and just be flexible and just go with whatever situation has been thrown at us.

“The schedule makers, it was kind of an interesting week to start with. We played two games out east and then to go home and then come back out east for a week-long road trip. I think the guys are just trying to embrace, you know, dodging the snowstorm and being in Florida, and getting ready for a big game.”

Wheeler will return to the lineup after missing three games with an injury.

“To have him back is certainly a nice boost,” Winnipeg defenseman Josh Morrissey said. “Just having him back and his leadership, he’s having a great year. He’s been really strong, especially in the last while. So to get him back now, we need our best guys and we need to be at our best in order to try and go on a run here and see if we can find a way.”

Forward Jansen Harkins skated in practice Thursday and will be a game-time decision, per interim coach Dave Lowry. Forward Mark Scheifele did not travel with the team and is day-to-day.