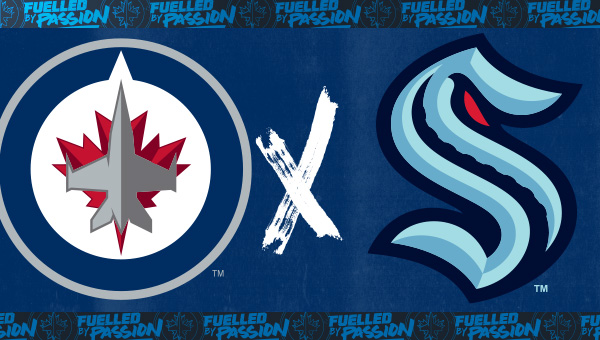 Not so for the Seattle Kraken and Winnipeg Jets.

The Kraken (27-48-6, 60 points) will wrap up their inaugural campaign on Sunday afternoon when they visit Winnipeg for a make-up of an April 13 game postponed because of a snowstorm.

Seattle closed its home slate with a 3-0 victory against San Jose on Friday night. Chris Driedger made 24 saves to record his first shutout of the season.

Yanni Gourde, Victor Rask and defenseman Adam Larsson each scored a goal for the Kraken, who snapped a four-game losing streak.

One might have thought it was a playoff game the way Seattle fans reacted, even if the season fell short of expectations inflated by the success of the previous expansion team, the Vegas Golden Knights, who reached the Stanley Cup Final following the 2017-18 season.

“I thought it was super loud. The cheering … it was amazing, the energy in the building and after (the game) was phenomenal,” said Gourde, who helped the Tampa Bay Lightning win back-to-back championships before being selected in the expansion draft.

“They’ve been great to us the whole season and we really appreciate the support. Even for some times when it was tough and some tough losses … they stuck with it and they stuck with us, and they were amazing (Friday) again.”

Injured Kraken forward Brandon Tanev spoke with the media before the home finale.

“Obviously, the (season) outcome was not the outcome any of us wanted,” Tanev said. “You play the game to win games, make the playoffs and push for the Stanley Cup. But it’s a season to grow. It’s an inaugural season here in Seattle. … You want to come back next year and push for the playoffs.”

The Jets (38-32-11, 87 points) will have the same goal next season after missing out on the postseason for the first time in five years.

But they haven’t quit, winning three games in a row entering Sunday’s finale.

The Jets skated to a 3-1 victory over visiting Calgary on Friday, snapping the Pacific Division-champion Flames’ point streak at seven games (5-0-2).

It’s been an interesting year for Appleton, who was selected by Seattle in the expansion draft before being sent back to the Jets at the trade deadline.

“An average start, they had a couple chances but (Hellebuyck) made some good saves,” Appleton said of Friday’s game. “And then from there we poured on the shots. I think we were getting outshot by 10 early in the game, and then we put up, what, a 40-spot? Anytime you put up 40 you’re usually going to like how the scoreboard looks at the end of the game, so we were happy with our effort.”

“I see a team that, when they put their mind to it, is very good and they have an opportunity to win every night,” Lowry said. “I know that sometimes it’s easier when you don’t have the pressure of playoffs. But structurally, the group is committed, and we’ve had the results.”