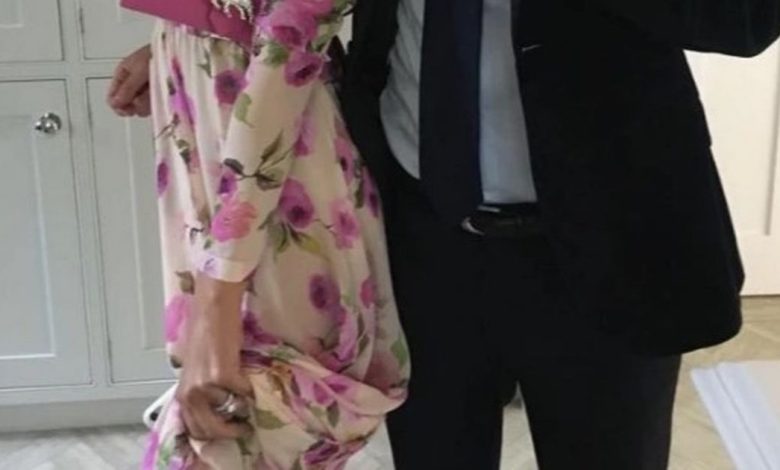 Holly Willoughby has revealed a rare glimpse into her marriage.

The This Morning presenter, 41, is married to TV producer Dan Baldwin, 47, and the couple have three children together.

Those with young children will know how seldom alone time is, but Holly has been candid about how she spends her scarce child-free moments.

She recently worked with her husband on the BBC series Freeze the Fear, which was filmed in Northern Italy.

The couple’s joint work engagements meant they had a rare break from being mom and dad to Harry, 12, Belle, 11, and Chester, 7.

Holly told that MailOnline : “We sat on the balcony of our hotel room, drank Aperol Spritz and ate pizza.”

The TV favorite revealed: “If my career falters tomorrow, I know I would be fine.

“But if something happened to my marriage or my family, it would be the end of my world.”

The morning TV presenter usually shares very little about her personal life but seems to be in a sharing mood this week when she shared a rare photo of her daughter Belle on Instagram on Thursday to celebrate her 11th birthday.

Holly with her daughter Belle, 11
Holly recently worked with her husband on BBC’s Freeze the Fear which was filmed in northern Italy

She is currently taking time off from The Morning to enjoy an Easter break.

It appears the family has flown abroad to a stunning destination, as Holly uploaded a photo of Belle on a family boat trip to mark the milestone.

The pair first met when Holly rejoined CITV in 2004 and began presenting Ministry of Mayhem, which Dan was the producer.

Holly and Dan married in a star-studded ceremony at St Michael’s Church in 2007.