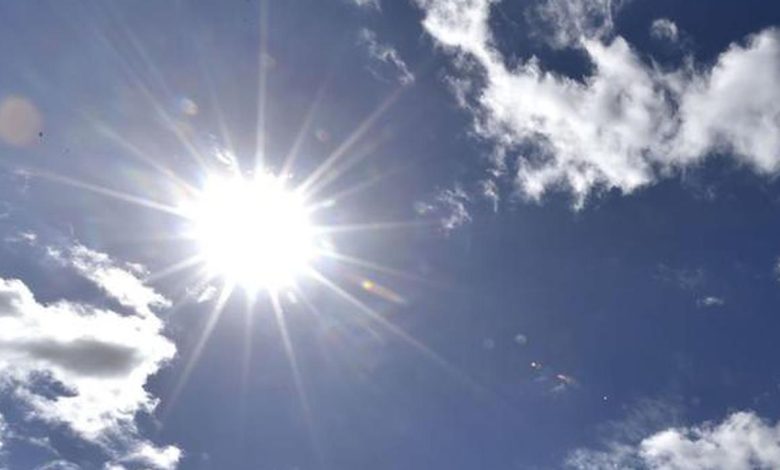 Weather is expected to be warmer and largely dry for the weekend before unsettled conditions return next week, Met Éireann has forecast.

t will be bright today and feel fresh with sunshine and passing showers. Some of the showers will be heavy with a slight chance of hail and highs between 13C and 16C in a fresh and gusty west to north-west breeze.

Tonight will be mostly dry but clouds will thicken from the west later in the night bringing some patches of light rain or drizzle.

It will be a cooler night with minimum temperatures between 5°C and 8°C with a moderate southwest breeze.

On Thursday there will be some sunny intervals, but lots of clouds overall. There will be isolated showers in the northwest of the country, possibly merging into longer rainy spells.

Sunny periods are developing in the south and east of the country on Thursday evening, with maximum temperatures between 12°C and 15°C with a stormy south-west wind.

Showers will generally be confined to the west and north coastal districts overnight, while long dry and clear spells develop elsewhere. The lowest temperatures are between 8°C and 11°C with a fresh and blustery southwest breeze.

Long periods of sunshine with only a few showers are expected on Friday, mainly affecting the Atlantic coastal regions.

The highest temperatures are between 16°C and 20°C, warmest in the east of the country with a fresh south-west wind.

On Friday evening it will be mostly dry with only isolated showers. Areas of fog and mist may form when the south-west wind decreases light to moderate with minimum temperatures between 7°C and 10°C.

On Saturday it appears to be a mostly dry day, but with frequent clouds during the day. A few showers will develop in the afternoon.

The best sunshine is expected in coastal areas and the evening will be sunny in many areas. The maximum temperatures are between 15 ° C and 18 ° C with a mostly light south-west or changing breeze.

Saturday evening will see long clear periods with only a few patches of fog or mist and minimum temperatures between 6°C and 9°C with light, changeable breezes.

On Sunday there will be long warm rays of sunshine across the country with only a small chance of isolated showers.

Maximum temperatures are generally between 18°C ​​and 21°C but are slightly cooler in some coastal areas when a sea breeze develops.

Sunday evening appears to be mild and muggy with a chance of some heavy showers later with minimum temperatures between 11C and 14C.