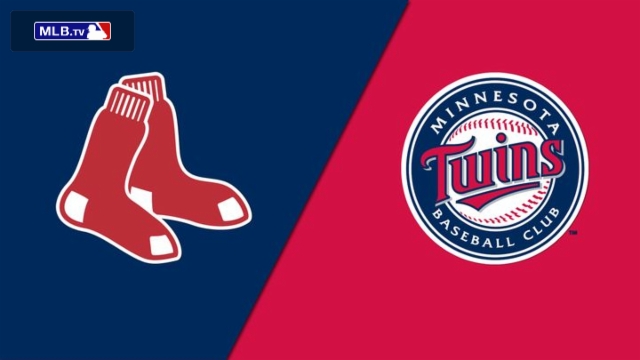 The Boston Red Sox will begin a busy stretch with some home cooking as they host the first of a four-game series against the Minnesota Twins on Friday afternoon.

The Fenway Park opener will begin a stretch of 17 consecutive days with a game for Boston, which will look to build upon its first series victory of the season.

“(Rodriguez) was nibbling a lot and when we got him in the zone, we did damage,” Red Sox manager Alex Cora said. “It was a good offensive day. We left a lot out there, too. We had chances but I think overall, the way we finished the road trip … was a good sign offensively.”

“It’s great, it’s special,” said Bradley, who broke an 0-for-11 stretch. “We’ve got guys who can do a lot of damage in the lineup. Once we finally click and put it all together, hopefully we can put a lot of runs on the board.”

Nick Pivetta will get the home-opening start for Boston after surrendering two homers over 5 2/3 innings of four-run ball last Saturday at Yankee Stadium.

Pivetta has slotted second behind Nathan Eovaldi in Boston’s early season rotation. Eovaldi earned his first win of the year on Wednesday, as he struck out six and allowed two runs (both homers) on four hits in five innings in Detroit.

Pivetta will be making his third career start against Minnesota. He is 1-0 despite allowing 15 hits and seven earned runs in nine innings.

Jorge Polanco, Max Kepler and Gary Sanchez have all driven in multiple runs off Boston’s series-opening starter and will look to get the Twins back in the win column by continuing that success.

The Twins were swept by the Dodgers in two games to finish 2-4 on their opening homestand. Sanchez broke up the combined perfect game bid — which began with Clayton Kershaw striking out 13 in seven innings — with an eighth-inning single in Wednesday’s 7-0 shutout loss.

“It’s a good, healthy challenge to go out there and face (the Dodgers) because they are going to make you make very good pitches over and over again,” Twins manager Rocco Baldelli said. “If you find the middle of the zone, they’ll probably put a good swing on it.”

Before the game, the Twins placed outfielder Alex Kirilloff on the injured list with right wrist inflammation and recalled Trevor Larnach from Triple-A St. Paul.

Joe Ryan, who is the No. 4 prospect in the Twins organization, will be making his seventh MLB start. He has never faced any member of the Red Sox.

Ryan was on the losing end of his start against Seattle last Friday, allowing two runs on two hits and four walks in four innings. He did strike out four while becoming the second rookie in franchise history to start on Opening Day.