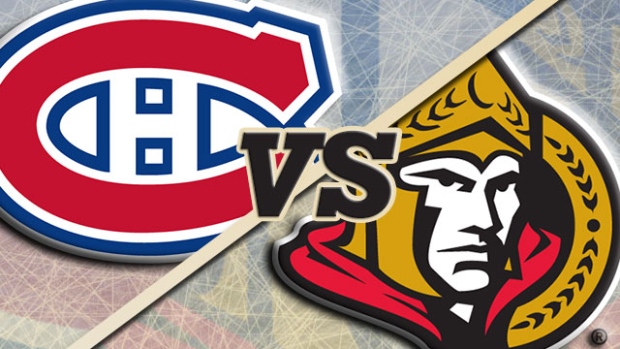 While the Ottawa Senators have struggled to earn victories at home of late, the Montreal Canadiens haven’t won anywhere in a while.

Trying to avoid an eighth consecutive defeat, the Canadiens also can extend the Senators’ home skid to four on Saturday night.

A day after the passing of Canadiens legend Guy Lafleur, Montreal (20-47-11, 51 points) will try again for its first victory since April 7 at New Jersey.

Following Thursday’s 6-3 home loss to Philadelphia, the Canadiens have been outscored 31-12 while dropping seven straight in regulation. The team lost seven in a row from Nov. 29-Dec. 14 and 10 straight from Jan. 20-Feb. 13.

“Obviously, the result is the most important thing, and it’s a tough stretch here – it’s a tough time,” Canadiens defenseman Jeff Petry told the NHL’s official website. “But for myself, and I think for every guy in the room, we’re working to improve.”

“It’s been frustrating, it’s been a tough go lately,” Montreal’s Brendan Gallagher also told the NHL’s official website. “Our focus is on the next game here and trying to get a win.”

Montreal’s Cole Caufield snapped a five-game point drought with his 19th goal Thursday. He has scored a goal in back-to-back contests vs. Ottawa.

The Senators have dropped their last three home games, each by one goal. Ottawa also has yielded 33 non-shootout goals while mired in a 2-5-2 rut at home, but returns after posting back-to-back road shootout victories vs. Vancouver and Columbus.

On Friday against the Blue Jackets, captain Brady Tkachuk tied the game 7:06 into the third with his career-high 29th goal. Tim Stutzle then recorded the lone shootout score to give the Senators a 2-1 victory.

Ottawa will miss the playoffs for a fifth consecutive season but has a chance to record at least 70 points for the first time since posting 98 in 2016-17.

Ottawa’s Filip Gustavsson made 33 saves on Friday for his second straight win after losing seven consecutive starts. He stopped 22 of 27 shots during a 5-1 loss at Montreal on March 19, but should give way to Anton Forsberg, who has career bests of 19 wins and a current 2.79 goals-against average this season.

Forsberg, however, has allowed eight goals while losing each of his last two starts. He did stop 27 shots during Ottawa’s 6-3 win at Montreal on April 5.

Tkachuk, who’s posted a career-high 61 points this season, has six goals with five assists in his last 11 games vs. Montreal.