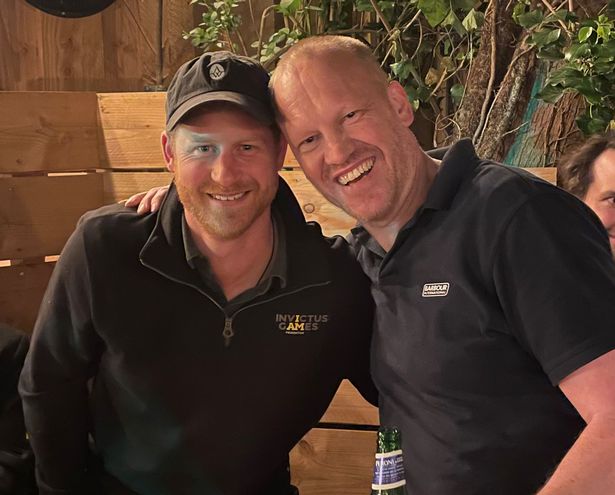 On the same day the Queen celebrated her 96th birthday, Harry took a trip to an Irish pub in The Hague for some downtime with friends – but turned down an offer of a free tequila slammer

Prince Harry spent the Queen’s 96th birthday at the pub catching up with old friends as the bar owner picked up the bill.

The Duke of Sussex hit up an Irish bar yesterday for a pint of Guinness in the Netherlands, on the second last day of the Invictus Games.

Surrounded by five bodyguards, including four men who usually protect the Dutch royals, Harry spent the evening catching up with friends, The Mail Online reported.

He turned down free tequila slammers and drank a single beer during his three-hour catch up before he headed off at 11pm, the pub owner reportedly said.

The prince could be seen delighting at his first sip of the world famous stout at O’Casey’s Irish bar in The Hague.

Other drinkers also suggested he may have raised a toast to the Queen, who celebrated her 96th birthday at Sandringham yesterday.

The royal sat in a secluded part of the large beer garden, joined by friends, a couple of whom had flown from the UK and some of his Invictus Games staff.

Among them was reportedly JJ Chalmers, a former Strictly Come Dancing star who was badly injured by a bomb blast in 2011.

He had been serving as a Royal Marine in Afghanistan at the time and credits Harry and the Invictus Games with saving his life.

Staff at O’Casey’s had been told beforehand he was coming but other drinkers were left stunned when he walked through the bar.

As his friends reportedly downed tequila slammers and beer, Harry kept to the one drink, the night before he met the King of the Netherlands.

Aides had booked the private corner in the pub garden, which backs onto the Dutch royal palace, for Harry and his friends.

Pub owner John Gulay, 51, told the Mail Harry had been very relaxed as he enjoyed his evening.

He said: ‘He was here for about three hours but only had the one pint. He said he had a busy day ahead with work.’

Just as Harry was heading out to leave, Mr Gulay offered to pick up the bill for the drinks if Harry let him take a photo with him.

Harry obliged, and throughout the night the pub owner said he hadn’t wanted any special treatment and had repeatedly smiled at and greeted other punters.

He added: ‘’His team have been drinking here all week and thought it was a great bar so came back and booked the area out the back. We call it the VIP area but didn’t dream we would have real VIPs.’

Mr Gulay’s wife offered everyone tequila slammers and while the rest downed theirs, Harry turned his down.

Mr Gulay, who has owned the pub for 30 years, added: “He just seemed very happy to be here and to have a drink with his friends.” 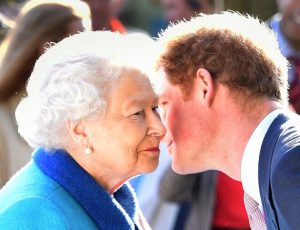 Prior to the Prince’s visit, his personal bodyguard Christopher Sanchez paid the pub a trip to see how secure it was beforehand.