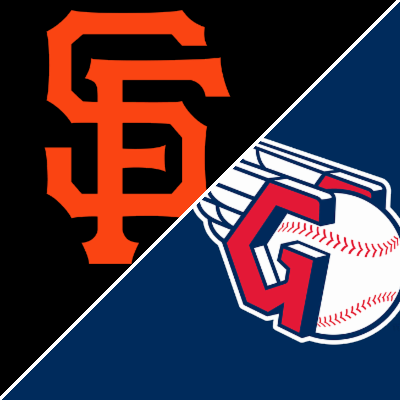 The names on the uniforms have changed but there’ll be something very familiar when Carlos Rodon takes the mound for the San Francisco Giants against the host Cleveland Guardians in the opener of a three-game series on Friday night.

Rodon also faced the Guardians in his second start last season, throwing a no-hitter with seven strikeouts. He was denied a perfect game when he hit Roberto Perez in the foot with one out in the ninth inning. Playing at home, the White Sox won the game 8-0.

After getting the game ball from first baseman Jose Abreu following a game-ending groundout, Rodon was surprised to hear baseball tradition required that he surrender the souvenir to the Hall of Fame.

“Is that what people do?” he asked reporters. “I’ve never thrown a no-hitter.”

Rodon, who left the White Sox in free agency after seven seasons to join the Giants on a two-year, $44 million deal, pitched brilliantly in his San Francisco debut last Saturday. He received a no-decision despite allowing one run on three hits while striking out 12 in five innings in the Giants’ 2-1 loss to the Miami Marlins.

While he has faced Guardians star Jose Ramirez more than any other batter in his career, Rodon will have to deal with rookie hotshot Steven Kwan for the first time.

A San Francisco Bay Area native and former Oregon State standout, Kwan has exploded upon the scene for the Guardians with 10 hits in his first 19 at-bats, a .526 average. He had two doubles and a triple among a five-game hitting streak that ended with an 0-for-4 performance in Wednesday’s 7-3 win over the Cincinnati Reds.

Guardians manager Terry Francona said he wasn’t the only one who saw this coming.

“I bet you there’s a lot of player-development people that have their chest out right now, as they should,” Francona said this week. “Every single one of them kept saying, ‘Hey, he’s gonna be OK, man.’ So I know they’re proud.”

Kwan recorded his first strikeout of the season Wednesday against the Reds. But he also walked for the eighth time, which is tied for the most in the majors entering play on Thursday.

Both teams come into the game on a nice roll. The Guardians have won four straight after an 0-2 start, while the Giants took two of three apiece from the Marlins and San Diego Padres at home to start the season.

Coming off a 2-1 win on Wednesday afternoon over the Padres, the Giants will encounter a total stranger in 27-year-old right-hander Zach Plesac (0-0, 0.00). He has yet to face San Francisco in his four big-league seasons.

Plesac didn’t get a decision in his season debut on Saturday despite pitching 5 1/3 innings of shutout ball on the road against the Kansas City Royals.