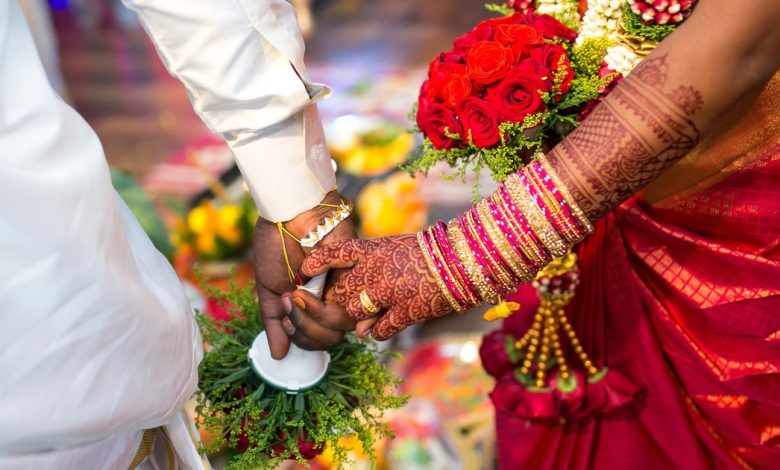 In an embarrassing mix-up, two sisters accidentally married the wrong groom after a power outage at their ceremony.

The wedding pundit reportedly couldn’t tell the brides apart in the dark and made the mistake in Ujjain, in the Indian state of Madhya Pradesh.

The brides, named Nikita and Karishma, were set to tie the knot with partners Dangwara Bhola and Ganesh before anything went wrong.

Her father, Ramesh Lal, said the pundit was probably confused because the sisters wore the same outfit and had a red veil over their faces. The Times reports.

It is believed that the two grooms, who came from different families, also wore decorative veils that hid their faces.

Sunday’s mistake is said to have caused a major row between families – but there are conflicting reports as to when it was corrected.

Corresponding India Timesthe error only came to light after the grooms had brought their respective brides home.

However, some villagers argued that the brides should simply accept their husbands even if the connection was mistakenly closed, reports The Times.

However, according to this version of events, the error was corrected the next day when a new ceremony was held to confirm the union of the right couple.

There are conflicting reports that the power was turned back on during the ceremony and the pundit realized his mistake.

Embarrassed by the error, it is said that he corrected it on the spot.

Soaring temperatures have made power outages more common in India.