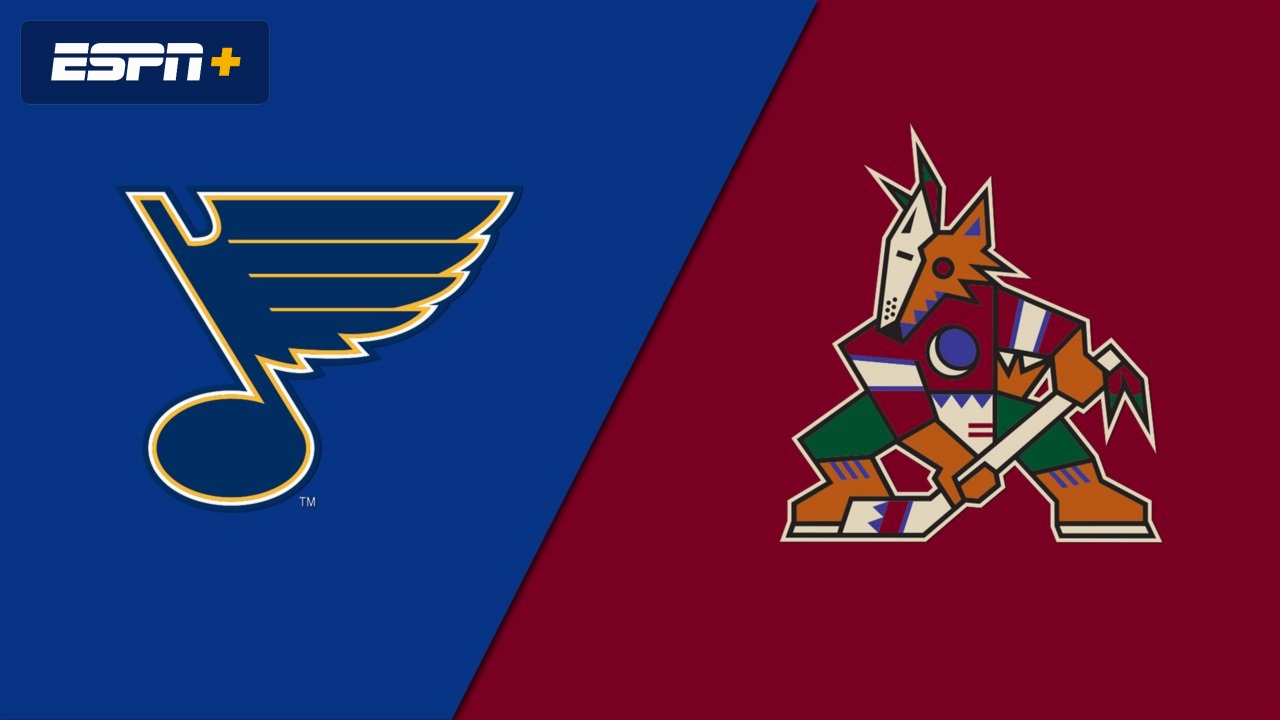 The surging St. Louis Blues will continue their push for home-ice advantage in the first round of the playoffs when they visit the reeling Arizona Coyotes in Glendale, Ariz., on Saturday night.

The Blues (47-20-11, 105 points) are set to face the Minnesota Wild in the opening round of the Western Conference playoffs. Second-place Minnesota holds a two-point edge on St. Louis in the Central Division after posting a 6-3 win over the expansion Seattle Kraken on Friday night.

The Wild and Blues each have four games remaining.

“It’s something to look forward to,” Blues forward Robert Thomas said. “Business isn’t done in the regular season, so we can’t get ahead of ourselves. We want to play in front of our fans. We know how important that is at playoff time. We love playing at home, especially in the playoffs. So the work’s not done.”

Thomas enters this game with a 15-game point streak for the Blues, who have earned points in 14 straight games while going 12-0-2. He has eight goals and 19 assists during that span.

“Obviously it’s hard not to think about it,” Thomas said. “But at the end of the day we got a good team point streak going, too. So that’s nice. It’s more important, and we’re trying to get that home-ice advantage. Every point matters so much, and we know it’s gonna be a dogfight right to the end.”

Since Karel Vejmelka started in goal for the Coyotes against the Capitals on Friday, Harri Sateri (0-2-0, 6.34 goals-against average) is expected to face the Blues.

Jordan Binnington started Thursday for the Blues in San Jose, so Ville Husso (24-6-6, 2.46 GAA) likely will get the nod on Saturday.

While the Blues are still battling for playoff positioning, the Coyotes are using the remaining games to sort through their organizational assets.

Power forward Bokondji Imama became the 11th Arizona player to make his NHL debut this season. He spent five years in the American Hockey League working for this opportunity, which came against the Capitals with forwards Jay Beagle (lower body) and Nick Ritchie (upper body) sidelined by injuries.

“For sure, the nerves were there; I’m not going to lie,” Imama said. “I just tried to play my game.”

Imama, the son of immigrants from the Congo, grew up in Montreal, played in the Quebec Major Junior Hockey League and spent five years in the AHL before getting his chance.

“I want to be a full-time NHL player, and I want to use this platform to impact kids that look like me,” he told Phoenix Sports. “I want to help out my dad with whatever he does in Africa, help those families that are sick, that don’t eat every day, don’t even sleep every day. I want to fight against racism.

“I have a lot that I want to do, so maybe it’s on me to just get a bigger platform. I’ve just got to be a bigger Boko.”