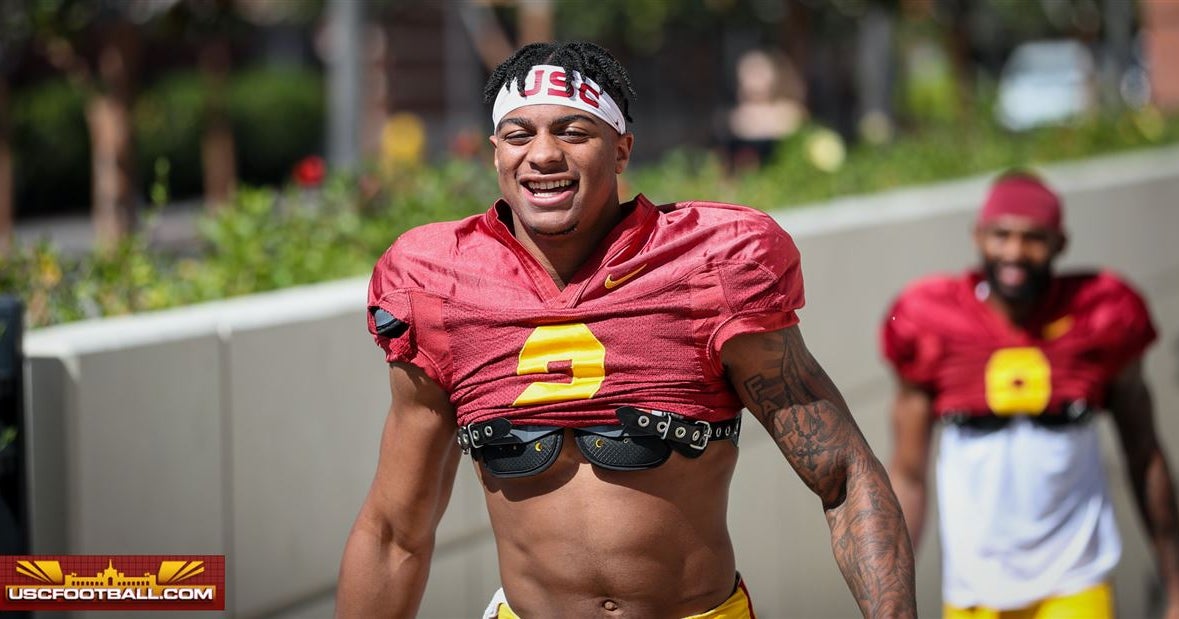 After two seasons at Colorado, Brendan Rice, the son of legendary NFL wide receiver Jerry Rice, has transferred to USC for the 2022 college football season. In two seasons at Colorado, Rice totaled 27 catches for 419 yards and five touchdowns. During a recent interview with the YouTube channel Momentum Truck, Rice opened up on what it’s like being the son of an NFL Hall of Famer.

“So people already realize me as Jerry Rice’s son,” Rice said. “So just getting into that already, they already expect me to come with the cockiness and everything. But what happens when he’s quiet and he makes that catch, because you know he’s supposed to do that? What happens if he goes up top, scores a touchdown and comes and daps you up? Oh, yeah, that’s some disrespectful stuff right there.”

Prior to his collegiate career, Rice was a 247Sports Composite four-star recruit out of Chandler (Ariz.) Hamilton. He was also the No. 57-ranked wide receiver in the Class of 2020.

Rice was also asked what trying to live up to the expectations placed on him because of who his father is like.

“I’ve already exceeded everybody’s expectations except my own, so why do I need to feel the need for pressure?” Rice said. Do it for yourself, not for anybody else. Quiet the haters. keep grinding and put your foot forward — best foot forward.”

When Rice initially entered the transfer portal, there was a chance he would still return to Colorado in 2022. That all changed when new USC head coach Lincoln Riley called him.

“I’m like, ‘Wow, OK,’” Rice said. “I get a couple other calls, but as soon as you heard Lincoln call, you just had to go. Especially with like USC and its big name. You gotta come. You have to. Man, it was quick. I was shocked.”

USC’s offense has a chance to be one of the best in the country in 2022 thanks to the leadership of Riley and the potential of ultra-talented quarterback Caleb Williams to take another step forward.

“I mean, just getting adjusted to everything, learning the difference between offenses, and I’m trying to compare and contrast and trying to get a real feel for the quarterback situation,” Rice said. “It’s amazing though, just like seeing how everything develops over the stage that we’re in, and then seeing guys coming together, I’m getting a feel out there for how these plays are ran, where I’m gonna get the ball, where I’m gonna have to do a little extra within my routes to really get open. I’m just thankful.”