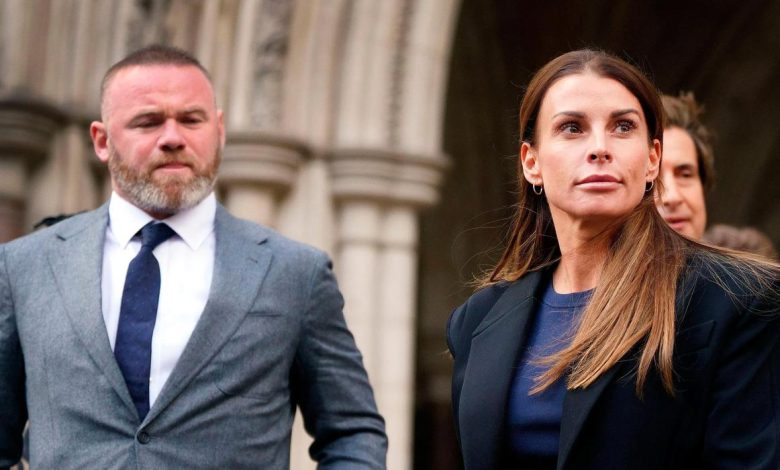 Rebekah Vardy will ‘never forgive’ Coleen Rooney after she ‘ruined’ the final weeks of her pregnancy by accusing her of leaking private information to the press, the High Court has been told.

In a written statement prepared for the libel battle between the two women, Ms Vardy claimed that she was “scapegoated” by Ms Rooney and her PR advisers for previous “leaked” stories about the status of her marriage to the former England footballer Wayne Rooney was made.
The Indo Daily: Playing Detective – Wagatha Christie and the long-running feud with Rooney Vardy

She said it came as a “huge shock” to be accused by Ms Rooney of disclosing information when Ms Vardy was seven months pregnant with their youngest daughter in a social media post in October 2019.

“I got very hot and had weird heart palpitations,” she said, adding that she was “shaking” and “hyperventilating.”

Ms Vardy added: “The impact of Coleen’s allegation on me and my family has been traumatic.

“I was really scared that I might lose my baby because of the stress I was under in the days and weeks after the post.

“We’ll never get that time back.

“She was well aware up until then that I deny the allegations and that I am suffering appalling abuse, but she did nothing about it.

“I was afraid that my children would be bullied and my family would be targeted.”

Ms Vardy said in her statement that “within minutes” after Ms Rooney made her allegations, there was “a spate of insults calling me a snake, a grass and a rat”.

“I have received threats and death threats, including towards my unborn baby,” she added.

“It was absolutely horrific and really scared me.”

“The most disturbing example of this was social media comment on the police announcement that a suspect had been identified in the disappearance of Madeleine McCann,” Ms Vardy said in her statement.

Ms Vardy claimed there were “derogatory chants” of “your wife is a grass” when her husband, Leicester City striker Jamie Vardy, plays.

“It makes me very anxious and upset that I don’t want to take the kids to games to see their father play.

“Having a huge crowd chanting insults about their mother inevitably confuses and upsets my children,” she said, adding that her older children had been bullied at school, “to the point where they were afraid to go in.” “.

She claimed Ms Rooney posted her claims to cause her “maximum harm”.

Ms Rooney reportedly told her in a phone call between the two footballers’ wives on the day the allegations were made public “that she wanted to make me feel as paranoid as she had been feeling paranoid,” said Mrs. Vardy.

“I remember very clearly the tone of her voice on that call.

“It was extremely calculated and cold and she showed no remorse even though I was very upset.

“I found it very chilling and quite threatening,” Ms Vardy said.

She later claimed in her statement, “I think Coleen and her PR consultants have made me a scapegoat for past ‘leaked’ stories that have been published about her and Wayne and the state of their marriage.

“There were a great number of these stories, which I assume came from within her own circle.

“Instead of dealing with it, they attacked me.

“I believe they did this in part to try to change the press narrative that Coleen was a doormat following her husband’s drunk driving charges and numerous fraud allegations.”

Ms Vardy concluded her statement: “I will never forgive how Coleen ruined my final weeks of pregnancy and the suffering she caused my children and family, but I hope this claim means the whole world will know that I didn’t betray Coleen’s trust.”