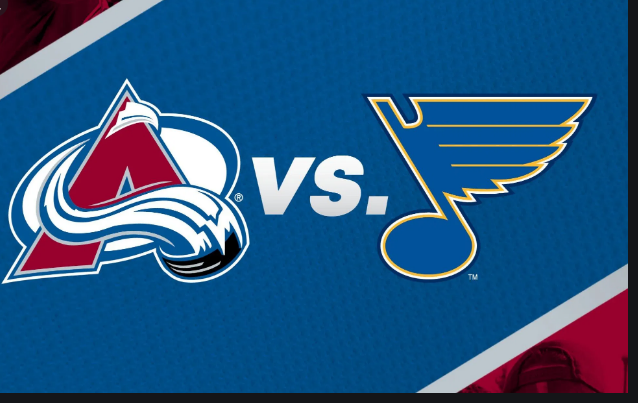 The Colorado Avalanche have breezed through the first round of the Stanley Cup playoffs four straight years, but the second round has been a problem.

The Avalanche hope to change that against the St. Louis Blues, starting with Tuesday night’s Game 1 in Denver, and advance to the Western Conference finals for the first time in 20 years.

Since 2019, Colorado has gone 16-2 in the opening round of the playoffs, including this year’s sweep of the Nashville Predators, but it has never made it past the second round in any of those seasons. The Avalanche lost in seven games in 2019 and 2020 and then saw a 2-0 series lead end up in a 4-2 loss to Vegas last year.

They made moves with the sole purpose of moving past the second round — and beyond. Colorado traded for goaltender Darcy Kuemper in the offseason and added key pieces before the trade deadline to bolster depth throughout the lineup.

That will be tested against a Blues team only three years removed from winning it all. The Avalanche swept St. Louis in the first round last season, but this is a different team. The Blues got stronger defensively as Ville Husso has formed a goaltending tandem with Jordan Binnington, and they added a veteran forward in Brandon Saad — who spent last season with Colorado.

St. Louis is coming off a hard-fought first-round win over the Minnesota Wild that went six games, which added an extra couple of days of rest. The Blues haven’t played since Thursday and are heavy underdogs against the Avalanche.

“Yeah, there’s motivation, for sure, but listen, you’re in the playoffs, you’re trying to win,” St. Louis coach Craig Berube said of the underdog role. “What more motivation do you need? We don’t need to look at the past to get motivation. We’re taking on the Avalanche here, and we’re trying to win.”

Colorado has not played since finishing off the sweep of the Predators on May 9. That gave Kuemper time to heal after he took a stick close to the eye in Game 3 of that series. Pavel Francouz finished that game and then played in Game 4 while Kuemper recovered.

“Obviously, pretty scary when your eyes are involved but I got pretty lucky that it wasn’t worse,” Kuemper said. “I think just bad luck.”

He is ready to go 10 days after being injured, as are the rest of the Avalanche players who have mixed days off with practices since last week.

“We’re (anxious) to get back playing,” Kuemper said. “Playoffs are the (most exciting) time of the year to be playing, especially playing in front of the crowd here that was so pumped in the first round that we are really looking forward to getting started again.”

Colorado is the clear favorite but the series between the teams this season has been close. The Avalanche won two of the three meetings but only outscored St. Louis 12-11 overall. They played twice in the first month of the season and did not meet again until five months later, a 5-3 Colorado win on April 26.