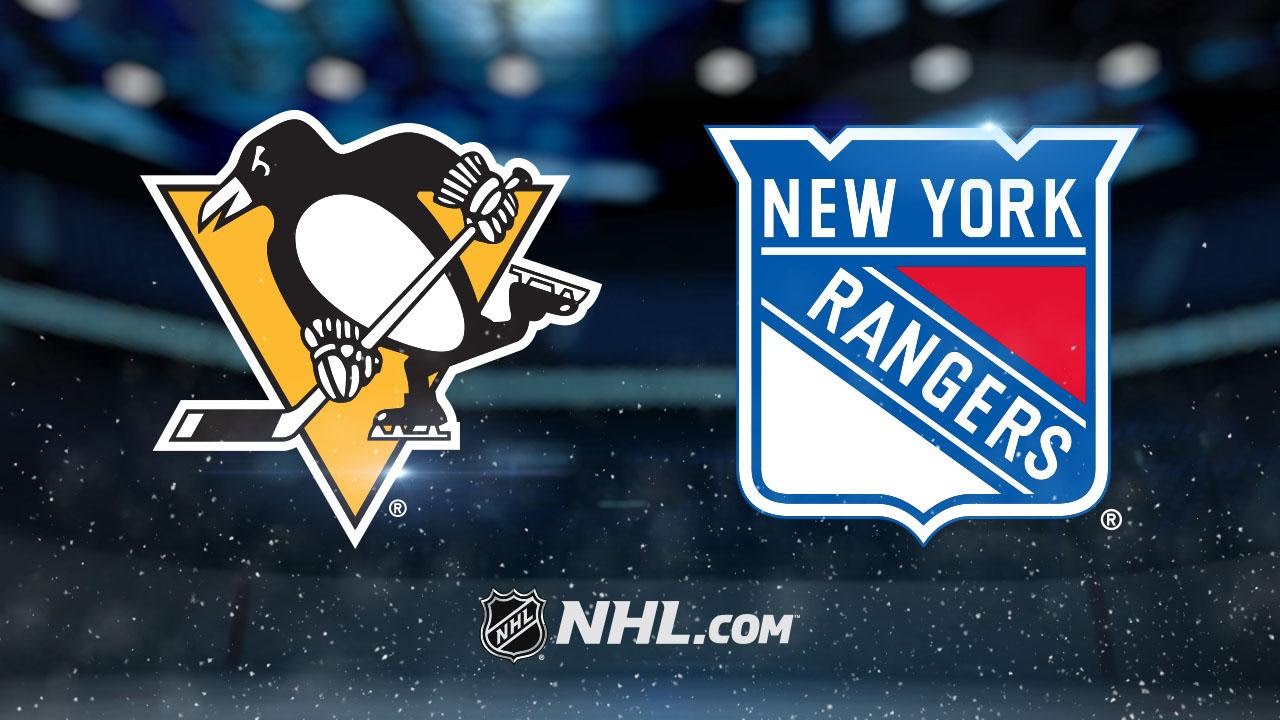 After scoring 14 goals in an impressive home sweep of Games 3 and 4, the Pittsburgh Penguins have a chance to clinch their first-round Eastern Conference playoff series against the host New York Rangers on Wednesday night.

The Penguins took a 3-1 series lead with an impressive 7-2 victory on Monday night.

Sidney Crosby had a goal and two assists, and Pittsburgh blew the game open with a five-goal second period, chasing Rangers goaltender Igor Shesterkin for the second straight game. Shesterkin was also pulled after allowing four goals in the first period of a 7-4 loss on Saturday.

Shesterkin, named one of three finalists for the Vezina Trophy along with Calgary’s Jacob Markstrom and Nashville’s Juuse Saros, was expected to give the Rangers a big edge in goal. He led the NHL with a 2.07 goals-against average and .935 save percentage while compiling a 36-13-4 record during the regular season. But he allowed 10 goals in just three periods in the two losses at Pittsburgh.

Rangers coach Gerard Gallant said Shesterkin will be back in net to start Game 5.

Gallant wasn’t quite as complimentary about the play of the rest of his team which rolled to 110 points while finishing second in the Metropolitan Division.

Gallant was especially upset with his team’s play in the second period when the Penguins broke the game open with five goals.

“We weren’t playing very good in front of (Shesterkin),” Rangers forward Andrew Copp said. “It definitely wasn’t on him at all. It’s going to be up to every guy in the room to pull together and do what we can to win Game 5.”

Pittsburgh, which finished third in the Metro with 103 points, split the first two games in New York, pulling out a memorable 4-3 victory in Game 1 on an Evgeni Malkin goal at 5:58 into the third overtime.

Although they’re in prime position to complete a first-round upset, the Penguins aren’t taking anything for granted.

“Nobody’s comfortable,” head coach Mike Sullivan said. “We understand the challenge ahead of us. We’re just trying to stay in the moment. We gotta stay hungry. That’s the most important thing. It starts with a mindset and attitude before the puck drops. That’s the message to our group.”

“I think we know we have a lot of work left,” Crosby said. “When you’re in a game like (Monday’s 7-2 win), you know you’re going to see the team’s best the next time. They’re a good hockey team and we’ve definitely got an opportunity, but we know it’s going to be a challenge going to New York.”

“We just turn the page and we go back to work,” added defenseman Kris Letang. “It’s going to a different game. It’s going to be the hardest game to win. It doesn’t matter if you won by five goals or OT, a win is a win and we have to turn the page quick.”