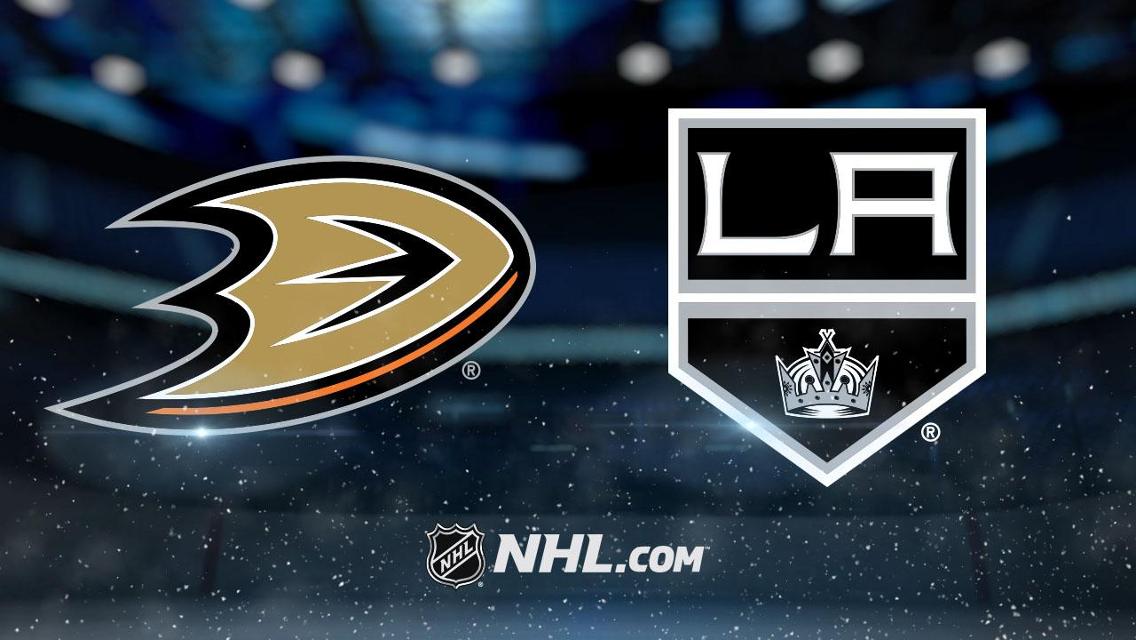 Jonathan Quick and John Gibson put on a goaltending clinic the last time they met.

They likely will face off again when the Los Angeles Kings play host to the Anaheim Ducks on Saturday night. It will be the Kings’ regular-season home finale.

Quick made 29 saves for the Kings in a 2-1 win at Anaheim on Tuesday.

On Thursday, Quick came back with 15 saves in a 4-1 win against the visiting Chicago Blackhawks, the third straight game he limited the opposition to one goal.

The win against the Ducks on Tuesday and the Blackhawks on Thursday helped keep the Kings five points ahead of the Vegas Golden Knights for third place in the Pacific Division.

A win against the Ducks would move the Kings one win away from clinching a playoff spot, after missing the postseason each of the last three seasons.

“We should be getting excited about the opportunity and the best thing that we have is control,” McLellan said.

Gibson, who started for the Pacific Division in the NHL All-Star Game in February, has been sharper in recent games, setting a franchise record with 52 saves in a 3-2 overtime loss at the Florida Panthers on April 12.

He earned his first win since March 1 in a 6-4 victory against the visiting Columbus Blue Jackets on Sunday, and then came back with the strong performance against the Kings.

Regardless of the playoff implications on Saturday night, the goaltending matchup figures to be one to watch again.

“When I think of the Kings-Ducks rivalry, I think of Gibson and Quick,” Ducks coach Dallas Eakins said “I thought they were both going at it (on Tuesday). It was very reminiscent of battles of the past. I thought Quick was very good and Gibby was right there matching him.”

Quick, 36, won his 20th game of the season against the Ducks, the ninth time he has reached that milestone in his NHL career.

Gibson, 28, needs two more wins to reach the 20-win mark for the sixth time in his career.

In order for the Ducks to help Gibson get there, they’ll need to stay sharp on their power play.

Anaheim scored its only goal on Tuesday with the man-advantage, and pressured Quick heavily on the other three power plays.

The Ducks are 13th in the NHL on the power play

“Our power play was back to where we were earlier in the year,” Eakins said. “We had multiple, multiple chances (against the Kings). We were highly dangerous.”