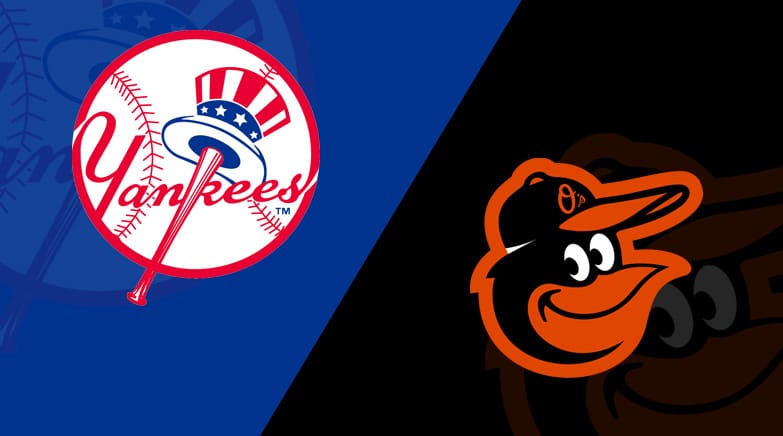 The New York Yankees aim to ride the momentum of an emotional victory into the opener of a three-game series against the host Baltimore Orioles on Friday.

Although the Yankees have secured two shutouts in the last three games and boast a 2.49 team ERA, a distinct pitching concern came to light on Thursday after Aroldis Chapman walked three batters in the ninth inning. The fireballer was replaced by Michael King, who recorded the final three outs to secure a 3-0 win over the Toronto Blue Jays.

Speaking of concerns, the availability of left-hander Jordan Montgomery (0-0, 8.10 ERA) for his scheduled Friday start initially was in question after he was hit on the left knee by a comebacker in the first inning of the series finale against the Boston Red Sox on Sunday. Montgomery managed to stay in the game, allowing three earned runs on four hits in 3 1/3 innings during a no-decision.

Despite the scare, Montgomery said he experienced no issue in regard to his knee during his bullpen session on Wednesday.

“Feeling good, getting better every day,” Montgomery said on Thursday. “Pitching, I feel nothing, so it’s a blessing.”

New York shortstop Isiah Kiner-Falefa followed a 1-for-17 stretch to begin the season by going 3-for-3 on Thursday. He also scored runs on backup catcher Jose Trevino’s RBI singles in the third and fifth innings.

“I think the first couple of games, I was very tentative and I letting a lot of pitches go,” Kiner-Falefa said. “(Thursday) something clicked. I was aggressive. I felt like myself (Thursday).”

Orioles right-hander Jordan Lyles (0-1, 9.00) would like something to click as he aims to rebound after a tough opening to the season.

Signed to a one-year, $7 million contract in the offseason, Lyles recorded career highs in both innings pitched (180) and homers allowed (a major-league-leading 38) in 2021. He worked just five innings on Saturday, yielding a two-run homer and five runs on seven hits in a 5-3 setback at Tampa Bay.

“Later on in the season, I’m gonna dig out a couple more innings here and there,” Lyles said, per the Baltimore Sun. “That’s kind of what I like to do, especially with the young staff around me, bullpen-wise, starting-rotation-wise. I want to keep the bullpen as fresh as possible and look forward to doing that later in the year.”

The offense backing Lyles is led by Ryan Mountcastle, who has a team-best seven hits. His 10 total bases are tied with Anthony Santander for the club lead.

While those numbers can be construed as positive, now Baltimore does have a few negative statistics.

The Orioles are 5-for-55 with runners in scoring position, with 28 of the outs coming via strikeout. All told, Baltimore has fanned 68 times in six games.

“We’re getting a little anxious,” infielder Ramon Urias said, per the Baltimore Sun.