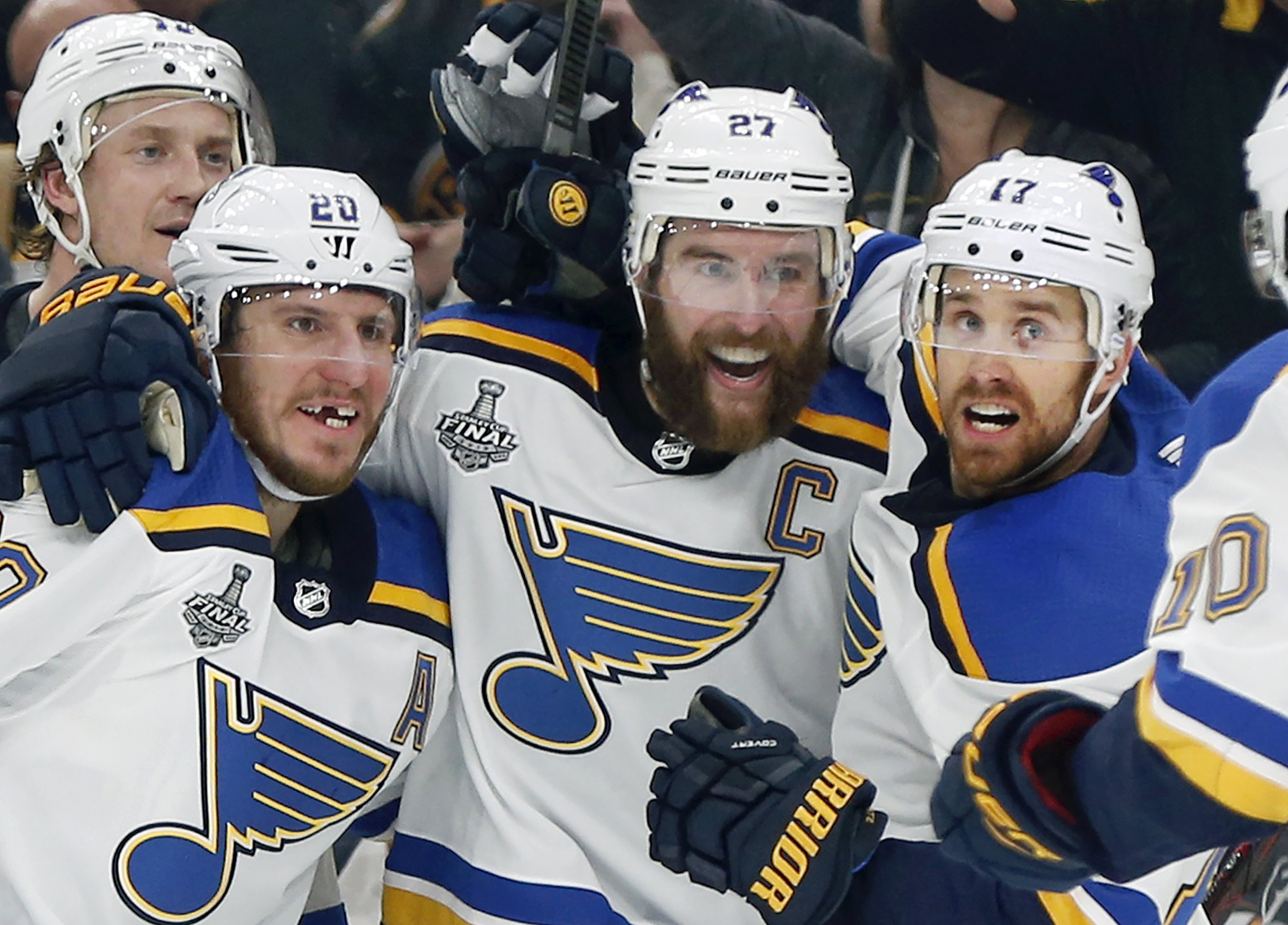 Looking to bounce back from losing two of their last three games, the Boston Bruins return home from a four-game road trip to host the St. Louis Blues on Tuesday night.

Boston (45-22-5, 95 points) dropped Sunday’s 4-2 decision at Washington in the road trip finale, surrendering two goals in the third period after the teams were deadlocked at 2-all entering the second intermission.

The Bruins fell short despite a 29-save effort by Linus Ullmark, whose six-game win streak came to an end.

“I think our 5-on-5 was good enough to win,” Bruins coach Bruce Cassidy said. “Both goalies made saves. … These are good hockey teams we’re playing, so you can’t mismanage pucks and expect to get away with it all night. That is what ends up turning the game against us a lot of times.”

“Us as a line, we needed a game like this to kind of breakthrough and feel good, get that confidence,” Lazar said after scoring his eighth goal, a career high. “I thought it was a good game for us as a line and hopefully it can continue.”

Boston went 0-for-16 on the power play during the trip. Top scorer David Pastrnak (upper body) was missing from the unit, though the issues had started before he was injured last Monday in Columbus.

“Work ethic is never a big issue with us, I find. That gets corrected in a hurry and that’s the culture that they’ve created — on the power play, 5-on-5, penalty kill,” Cassidy said. “To me, it’s execution right now. It’s just got to be better.”

“Obviously missed (Grzeylck’s) puck moving back there,” Cassidy said. “That was a big, big, big factor in the game and our inability to transition very well. I think it cost us in the end.”

The Blues (42-20-10, 94 points) have won five straight after riding a four-goal second period to Saturday’s 6-1 home win over the New York Islanders.

Justin Faulk (two goals, one assist), and Vladimir Tarasenko and Robert Thomas (one goal, two assists each). all had three-point games. Jordan Kyrou (two assists) and Ivan Barbashev (one goal, one assist) each had two points, and Nick Leddy also scored for the Blues.

A night earlier, the Blues snagged a 4-3 overtime win over Minnesota, their closest Central Division competitors. St. Louis and Minnesota are now tied for second in the divisional standings.

“Our team was focused (on Saturday),” said Blues coach Craig Berube, whose team is 13-12-4 against Eastern Conference teams. “They were ready to play. That was really good. With the energy that was spent in (Friday’s game) and the emotion, we had a lot today, which was good to see.”

Thomas is in the midst of a nine-game point streak, the longest of his career.

“He finds space in the offensive zone,” Berube said. “He’s a smart player that way. He’s done a lot of good things for us. He’s fit in nicely with Faulk as a pair.”

Jordan Binnington made 30 saves in his first win since Feb. 27 at Chicago.

“It felt good,” Binnington said. “I’ve been trying to put in the work for a while now. We played a great game, a great first period (and) great second period. It was fun to feel the flow of the game again, and a little bit of rhythm. It was a lot of fun. Good Saturday night in St. Louis.”