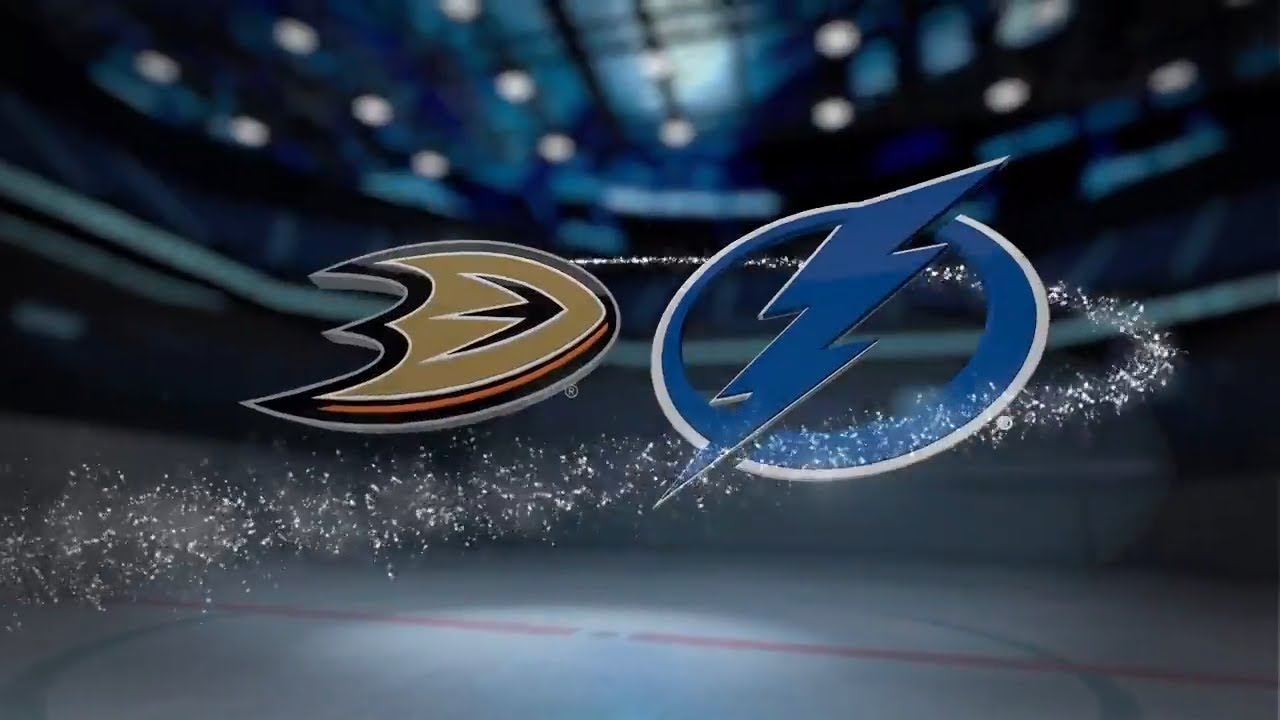 The Tampa Bay Lightning are scheduled to open a five-game homestand, their longest of the season, against the Anaheim Ducks on Thursday night.

The Lightning sit comfortably in a playoff spot, but the two-time defending Stanley Cup champions can still improve their seeding. Tampa Bay is third in the Atlantic Division, four points behind the second-place Toronto Maple Leafs, who visit the Lightning next week.

Defense hasn’t been the issue of late for Tampa Bay, which has allowed one goal in the past six periods and two goals in regulation over the past three games.

“We’ve given up two goals in the last three games, and we’ve lost two of them,” Lightning captain Steven Stamkos said. “The defensive side has been a lot better, but you also can’t win a game when you don’t score. It’s just about finding that balance now.”

Tampa Bay can also prove it’s ready for the postseason by beating some of the better teams in the NHL. The Lightning are 1-9-1 in their past 11 games against playoff-bound teams.

Tampa Bay won’t get a chance to improve on that mark against the Ducks, who will miss the postseason for a fourth straight season.

Trevor Zegras and Troy Terry continue to provide most of the highlights for the Ducks (29-33-13, 71 points).

Terry scored his 33rd goal of the season in a 3-2 overtime loss at the Florida Panthers on Tuesday, and Zegras recorded his 35th assist of the season on the play. Zegras is riding a four-game point streak (three goals, two assists).

Anaheim goalie John Gibson has put up uncharacteristically poor numbers since representing the Pacific Division in the All-Star Game. Gibson, however, played one of his best games with the Ducks in the loss to Florida, making a franchise-record 52 saves, including 19 in the second period.

Gibson likely will be back in goal against Tampa Bay in the finale of the four-game road trip.

“He works his tail off every day, to win hockey games, because he’s so competitive,” Ducks coach Dallas Eakins said. “He’s put up some unbelievable performances and we haven’t been able to finish off for him. We’ve got to find a way to do it.”

Andrei Vasilevskiy likely will start in goal after making 28 saves against the Stars. He is winless in four straight starts (0-3-1) for the first time since getting swept by the Columbus Blue Jackets in the first round of the 2019 playoffs.

Vasilevskiy and the Lightning will be up against Ducks captain Ryan Getzlaf for the final time.

Getzlaf announced he’s retiring after this season, his 17th with Anaheim. He has played the Lightning 19 times in his career, totaling six goals and 12 assists.