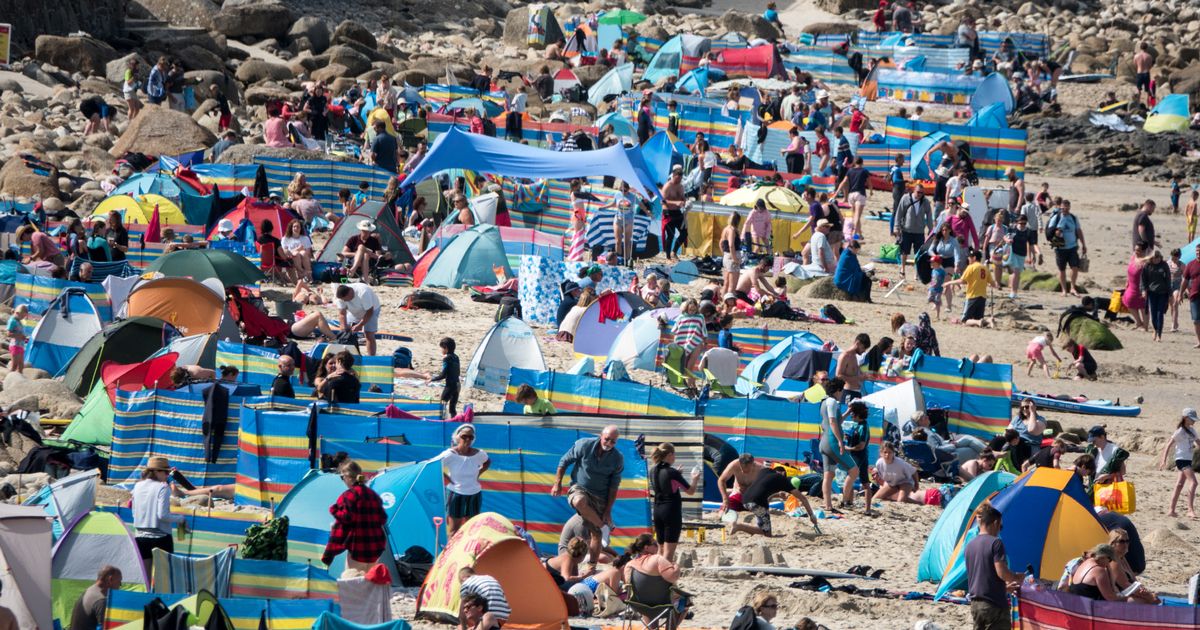 Brits hoping for another scorcher across the next Bank Holiday weekend may be disappointed, but not before a warm Friday for many.

The North West will see the best of the daytime weather today with the Met Office describing it as “fairly warm”.

However, rain showers are predicted for much of the country today.

While there are rain showers predicted for the weekend, the temperature in London will be relatively high and according to the BBC, London will be warmer than Madrid on Saturday, reports My London.

The Met Office predicted that the East of the UK will see chiller weather from Thursday night before a dip in temperatures across the South with cloudy conditions expected.

The disappointing conditions will continue as parts of Britain are bracing for mid-teen temperatures as early as next week and just days after the mercury tipped above 20C following a balmy Easter weekend.

The Easter heatwave saw eager Brits pack out beaches and soak up the sun amid 22C highs.

But a Met Office forecaster warned temperatures will be cooler in the early parts of next week after Brits enjoyed the hottest day of the year on Good Friday.

Temperatures could drop to as low as 4C in London next week, and as cold as freezing in Scotland, parts of Belfast and across parts of northern England.

Richard Miles, a Met Office Forecaster, said temperatures will stay in the mid-teens next week as it will be cooler than the balmy Easter weekend.

He told The Mirror: “There is a high pressure from around the North of the UK that is acting as a block to any fronts coming from the Atlantic.”

He added that this will help keep temperatures normal for this time of year, but will still be “quite chilly at night”.

Mr Miles added: “There will be the odd frost in rural areas overnight, but there isn’t much rain about.

“There will be some sunny spells and a breeze in the early parts of the next week. Overall, it will be quite pleasant.”

He added: “Some temperatures overnight will go to freezing, but that is mostly in rural Scotland.”

Not long after the four-day scorcher, the next Bank Holiday is just around the corner from Saturday, April 30 to Monday, May 2.

Going into the Bank Holiday weekend, conditions are likely to become “more settled and mainly dry across the whole of the UK as we move into early May”.

The Met Office has said on their long-range forecast that temperatures are likely “to be average or slightly below average at times, with the potential of some rural frosts at times”.

It comes after Easter Sunday saw temperatures reach 19C for some, while in the South East of England, the mercury rose to as high as 23C – the hottest day of the year so far.

Mostly dry through Tuesday but with a few showers in places, most likely in the south and east, with the brightest conditions in the west.

Through the rest of the week, high pressure is likely to dominate in the north with plenty of dry weather here.

Further south, a little more unsettled with a risk of some showers or longer spells of rain at times, heavy in places.