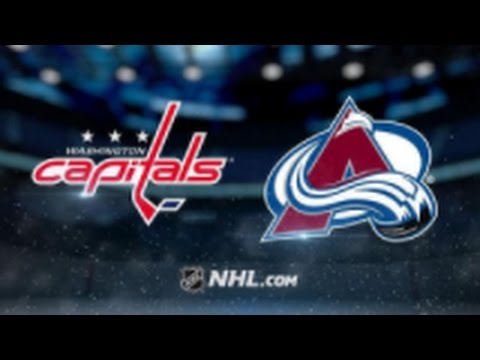 The streaking Colorado Avalanche will go for their 10th straight win when they host the Washington Capitals on Monday night.

Colorado (55-14-6, 116 points) clinched the Central Division title and the No. 1 seed in the Western Conference with a 7-4 win against the Carolina Hurricanes on Saturday. The Avalanche also lead the Florida Panthers (114 points) in their bid for a second straight President’s Trophy with seven games remaining.

“It’s not the be-all, end-all, but it’s something that we had as a goal from the start of the season, to put ourselves in the best position to succeed,” Avs coach Jared Bednar said of the President’s Trophy. “There’s a lot of hockey yet to be played, but I like how our guys are digging in.”

J.T. Compher and Nathan MacKinnon each scored two goals and Darcy Kuemper made 29 saves against the Hurricanes. Colorado has won its past nine games and is 10-0-1 in its past 11.

Several Avalanche players enter the Capitals game on hot stretches as well. MacKinnon has nine goals and five assists in his past seven games, Valeri Nichushkin has a four-game point streak (two goals, four assists) and former Capital Andre Burakovsky has four goals and seven assists in his past eight games.

Colorado jumped out to a 4-0 lead against Carolina, but the Hurricanes rallied to within 4-2 and it was 5-3 to start the third period.

“We did a good job of staying calm throughout the game,” Compher said. “They made a push. They’re a good team. They didn’t give up and we managed to stay calm and come out with a victory.”

Washington is still battling for playoff position. The Capitals (42-23-10, 94 points) control the second wild-card spot but could move up to the first wild card or pass the Pittsburgh Penguins for third place in the Metropolitan Division, thereby avoiding a first-round match-up against a division winner.

The Capitals doubled up the Montreal Canadiens 8-4 on Saturday night, evening their record to 1-1 on a five-game road trip. Anthony Mantha had two goals 34 seconds apart and added two assists as Washington won for the fifth time in six games. Dmitry Orlov had a goal and three assists.

Mantha, who missed 45 games after undergoing shoulder surgery in November, has two goals and five assists in his past four games.

“It is really good having him back because of his size, because of the way he can be physical and his skill level and the way he can contribute to our team and help our team when he is on his game,” Capitals coach Peter Laviolette said. “It is nice to see him get back and get in a rhythm.”

Alex Ovechkin inched closer to yet another milestone, scoring his 47th goal and fifth in his past six games. A ninth 50-goal season would tie Mike Bossy and Wayne Gretzky for the most in NHL history.

“We don’t ever talk about things like that inside the room, but everybody knows exactly where he’s at,” Laviolette said. “They know what he gives every night as a player for our team and they’re excited for him when he does good things and he moves past somebody or sets a record for something.”

Evgeny Kuznetsov picked up his 50th and 51st assists in that game and has nine points (one goal, eight assists) in his past seven games.